You will go out in joy    and be led forth in peace;the mountains and hills    will burst into song before you,and all the trees of the field    will clap their hands.

I am at my desk, editing a dissertation for a client, when Allen slides a piece of white paper to me. Before I turn to my son, I put on my “I-believe-anything you say” face. “Hi,” I say.

“This will be Dad’s new body,” he says and taps the paper. 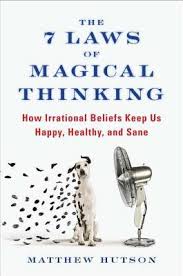 “Oh.” I study the sketch he has made. The facial features are blurred, but the outline has broad shoulders, muscular arms, a slim waist, long and rugged legs, slender feet. It is clearly human, but I know certain attributes have been influenced by the places we have visited in the past two weeks: the tallest tree at Rosetree Park, the strongest horse at Linvilla Orchards, the oldest bridge at Smedly, the fastest speed skater we could find on Wikipedia.

This is magical thinking at its best and most concrete, Allen’s firm belief that if he can just concoct the right ingredients, his recently deceased father will come back again in a new body, one not broken by illness.

It began with the trees of the field.

Allen, who lives on the high functioning end of the autism spectrum and grapples with a world that is too loud, too bright, and too overwhelming, came in from the Plaza down the street one day last week and said to me, “The trees are whispering Dad’s name.”

“But you know Dad died. You know he went to Heaven and God gave him a new body.”

Allen nods. “I know. But I also know that Dad fooled death before. Maybe he can do it again. Remember?”

I remember. The night of the car accident, the surgeon who put the pieces of Ron back together again said to me, “Your husband is a strong man. Only a strong man could survive that.” Time and time again in the last nineteen years, surgery after surgery, Ron defied the odds. Until on July 13th, he didn’t.

I try to reason with Allen. “But you saw Dad at the funeral. You were there when we buried his body.”

My son nods. “That was his OLD body. He didn’t need it anymore. This,” and he taps on the paper, “is his NEW body.” 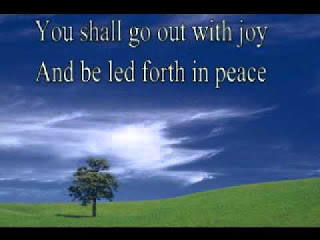 I get it, or at least I try to. Even before Joan Didion wrote her landmark book on grieving, A Year of Magical Thinking, the strategy Allen is using was a known anthropological concept. In short, it is the belief that a series of actions–performed carefully and in order–will result in a desired event. It is an illusion of control sorely needed by my son, to whom the forever loss of his father is just too much to accept.

And that’s where magical thinking comes in. According to St. James, Handelman, and Taylor (2011), magical thinking provides a connection to what has been broken and helps the thinker cope with cultural expectations of control. During the days between Ron’s death and his funeral, Allen needed to hold himself together, shaking hands and accepting hugs, saying “thank you” to those who expressed their condolences.

All the kids miss their father keenly, but Dennis and Bonnie have their adult lives, their jobs, their partners. Dad was an everyday fixture to Allen, a large presence in his life. It’s left a gaping hole. It’s not the same with just the two of us, he complains. Hard to play Monopoly with only two people. I murmur in agreement.

“So, just how does all this work?” I asked Allen on Wednesday as we trudged through Smedly Park in the rain. I breathed a sigh of relief when I remembered where the old stone railroad trestle was. Allen needed something “old and stone that was from ancient times.” It was ancient enough for him, part of my ancient childhood.

And I do. I believe that any amount of magical thinking will not bring back Allen’s father, but I also believe that at this moment it helps Allen to feel safety in an unsafe world (Philosophy Talk, 2018). Every time he proposes a new expedition we need to take that is part of his carefully constructed script towards designing Ron’s new body, I remind myself that autism grief is not neurotypical grief (Fisher, 2012.)

In a way, we’re all guilty of a little magical thinking. Is his insistence that he hears his father’s name in the leaves of the trees any different from Joan Didion’s inability to part with a pair of her late husband’s shoes because he would need them when he came back? Or if he thinks his father will have a new body with the strength of a horse far off from the lady at the bank who told me that each morning she wakes up and smells the breakfast her husband, gone 17 years, made every morning?

You just have to believe. I believe Ron is no longer in pain. I believe he is happy in Heaven. I believe I will see him again.

And sometimes, I hear the trees whisper his name.

View all posts by Professor Cob →

Linda, I am wordless and breathless — from your loss and from the beauty your writing from such a heartbreaking loss. You and Allen have my deepest, utmost sympathies. I loved reading about Ron. I pictured him as the rock and you and Allen as the butterflies around him but always coming back to sit to gain strength and receive love. I love Allen’s reminder that love lives and the trees surround us as a constant reminder.

Denise, thank you for your comments. Writing has always helped me with the stresses of my life. Now that Ron is gone, I need to continue to care for Allen and provide support for my older children. I hope that God might make more writing part of my new chapter.

How beautiful! Yes, I believe God is calling you to write and help others heal through your gift and insights.
Thank you for sharing. Praying for you and Allen as well.

All my best,
Sarahbeth

Thank you, Sarahbeth. I appreciate your comments. We are still negotiating all of this. I cared for Ron for 19 years. His absence has left a large hole. But writing helps.