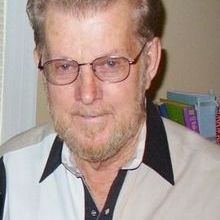 I've been trying to word this for the last two hours.

So I'm just closing my eyes and jumping in.

Living moment by moment I hated to sleep, the kids hated to leave. We all needed rest. Sonny Boy spent two nights keeping vigil over his father for me so I could sleep. The kids still had to work. The Lord and I had a conversation about Hubby and I admitted that I couldn't control when it was time for Hubby's body to move on, and I needed my own sleep so I gave the vigil to Him.

We began to feel like we were crying wolf as Hubby's body fought every odd.

Did I ever mention Hubby liked to play poker in his younger days?

The wait with Hubby continued. I wrote and posted a blog post in the wee hours of Monday morning. Then I actually rested a few hours and I woke with a sense of peace, oddly though I wasn't aware of that particular feeling until later in the morning. I gave four hours sleep the credit. I like to think about things, the feeling was gentle but obviously something. Resolve? Acceptance? Sleep deprivation? Had I finally gone mad? Was I even awake and this is just a dream? I was grateful for it though. I even shared the experience with others.

Why are we still surprised?

Hospice doctor and hospice nurse came by and checked Hubby. Lungs sounded good. I told her I felt like we were meeting the goal of keeping Hubby pain free, calm and peaceful. But I wasn't letting him be moved any longer to keep that goal. She suggested letting the aides go ahead, clean him up and reposition him. He wasn't responding to any stimuli so the concern of distressing him was surely passed. I agreed and they did. He looked so nice and comfy when they finished. Breathing hadn't changed either. He did have an infiltrated IV so they needed to do a site change on that, but other than that issue, stable for the moment.

Side note – because I hadn't let him be repositioned, taking in the fact he was on an air mattress, and we were still keeping his heel elevated due to the edema blister which was actually healing. I never gave a thought that his head needed to be moved. He had laid over on one ear long enough to cause it to bruise. I felt terrible and keep being reminded not to beat myself up over it. So I am trying not to.

Monday was coming to an end. Everyone went home. My peaceful feeling continued until around 9 p.m. or so, I went to the bathroom, walked out and burst into tears.

The moment passed, I held Hubby's hand, I stroked and kissed him, I told him he was loved, over and over. I had to say it more than once to be sure he heard me. I finally laid down to get some rest.

At 2 a.m. Tuesday morning, Hubby's breathing changed again, harder, but still steady. The morning wore on. He still looked comfortable and peaceful. I was pleased. I made sure his head was positioned off his ear.

Once I had laid on the side of his bed and it repositioned him. In an effort to not disturb the aides I tried to adjust him myself but failed so had to call for help to get my husband out of the pretzel shape I managed to put him in. Kidding! He was just leaning but it took two of us to straighten him up.

The kids filtered through during their lunch breaks. I was text updating those that had to be out of town. One of his daughters was sitting with me and we were chatting while I sat by Hubby and held his hand. I was sharing a very humorous incident about Hubby with her and she leaned toward her father and said, "Well, we never knew you had those abilities." We laughed and, still holding his hand, I leaned over toward him and said, “I knew” and winked. More laughter as I also said, “We had a good time, but take it to your grave.” Hubby's breathing got quieter but still steady. We looked at each other then back at Hubby as we realized the breaths were disappearing, two breaths and then none.

The ride on the Lewy Body Roller coaster ended.

The seat belt that had us held prisoner was removed and we exited the car.

Hubby walked one way as I stood still and watched him leave.

My heart is broken, but my faith is strong.

Praying for strength for our children.