11 Habits of a Successful Family Caregiver

11 Habits of a Successful Family Caregiver

0
Michael Jordan, arguably the greatest basketball player ever to fly the planet, had this to say about success:

I’ve missed more than 9000 shots in my career. I’ve lost almost 300 games. Twenty-six times, I’ve been trusted to take the game-winning shot and missed. I’ve failed over and over and over again. That is why I succeed. 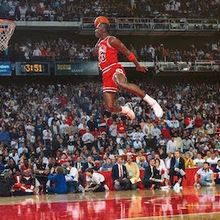 
My husband, Gary, was a stellar cancer patient, even with late stage disease. Although there were moments of mistakes and things I would do differently, I was a successful caregiver. And I’m going to give a large portion of the credit to my husband because he cooperated with our goal for him to live as long and as well as possible.

We were a team. Gary was highly disciplined and his dry humor remained intact until the end. Together, we were proactive and carried hope. Boatloads of hope. And amazingly, he lived much longer than the experts projected.

Consider these 11 simple habits of a successful patient and family caregiver:


Instead of sitting back and hoping treatment was all Gary needed, we both showed up full-hearted, ready to take on cancer. We were each other’s staunchest cheerleaders. Half-hearted attempts at anything are never enough.


We were careful what we read on the world wide web. We got second opinions. We came to consultations prepared with a list of questions, because chances are, we weren’t going to remember that all-important matter from last Tuesday if it wasn’t written down.


Gary was coach of his cancer team and I signed on as assistant coach. He was the one leading the charge when it came to his health, but he had an all-in, hands-on, upbeat co-captain. Someone who went to all medical appointments; someone who took notes and asked follow-up questions; someone who came alongside him as we raged against cancer.


We had an energetic, relentless, audacious support team, and those same people now support me in widowhood. I have no family in town, but there are a number of people I can call on for advice, repair work, as a hiking companion, people I can offer support to in return. And I am more resilient because of them. Which begs the questions: Who’s on your team?


Determine what works in managing the stress of a challenging caregiver situation; check into a plant-rich diet and physical activity; get plugged into community. Because if we’re seeing to our physical, mental/emotional, and spiritual health, then we’ll be more successful in caring for our loved ones.


Instead of counting what will never be the same, try counting all that remains. Pay attention to the simple pleasures that make up a good life. And speak gratitude for those things. Please allow me to gently ask a few questions: Do you have a place to lay your head tonight? Do you know where your next meal is coming from? Can you read this, which suggests you have a brain and eyes that work? Are there people in your life who think you’re pretty awesome? Pay attention and speak gratitude.


Gary and I kept laughter and joy in our lives, even when it seemed there wasn’t much to be joyous over. During the last week of his life, as a friend was leaving after a brief visit, Gary said, with straight face, “It sure is hard to die with so many people visiting.” Our friend did a double take. Did he just say what I think he said?!! You may as well laugh.

8. Find meaning and give back


This point, obviously, is dependent upon the time and health and energy levels of the caregiver. But oftentimes when we notice the hurts and needs of others around us—and do our small contribution to help meet the need—it takes the focus off our own stuff.

9. Discuss the elephant in the room


Honest, brave, open-hearted conversations need to take place. Gary and I went a full year after his diagnosis before discussing the unsettledness we kept buried. Partly because my mom was living with us, sinking into dementia. Partly because I didn’t want to bother my husband with my fears. Partly because Gary was reticent about discussing those things that are difficult for men to say out loud. And surely because the words death and dying are fearsome. But, somehow, voicing our fears and anxieties moved the elephant we had been clumsily waltzing around to a far corner of the room – still present, but not tripping us up.


I’m the most optimistic person I know. And Gary was born a pessimist. He had the annoying gift of being able to note all that could go wrong with my brilliant ideas before he signed on. When late-stage cancer showed up, Gary could have given up all hope and started planning a funeral. But he didn’t. (He called himself a realistic optimist, which I’m not sure there’s such a thing, but I love that he carried hope.)


The critical component underlying all this was (and still is for me) our strong faith and relationship with God who is my wash of joy, who daily provides an array of reasons for gratitude, who is the reason for my deep contentedness.

Back to Michael Jordan for a moment: He missed more than 9,000 shots in his career. Twenty-six of those missed baskets were depending-on-you, game-winning shots. And yet, he was considered an epic success.

You and I will miss some shots in caregiving. We’ll forget to hook the patient back up to oxygen. We’ll not accept help when it’s offered -- because we think we can do it all ourselves, because we don’t want to be a bother to others. We’ll get impatient with the patient.

But here’s the thing to engrave on our hearts and minds: We won’t make any shots we don’t take. We won’t win any games we don’t show up for.

Which begs the question: What habits are you practicing for success while in the trenches of your critical, demanding, life-changing role as caregiver?

Thank you Marylys. This is a very helpful reminder of how to helps us navigate this journey. I appreciate you sharing.