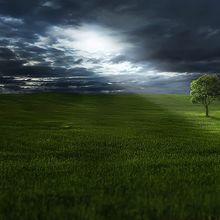 Twelve years ago on July 13, 2003 my daddy, William David Fuller, took his last breath and went to a happy place where there is no Parkinson's Disease, no Dementia, no blindness, no prostate problems and no emphysema but there are plenty of family members, friends and pets to reunite with.

I helped care for my dad the last six years of his life. It was not a happy time. All those things I mentioned above, my dad suffered with.

First of off my dad worked 39 years of his life for a company that sold out two months before he was going to retire. My dad lost all his retirement and until he was able to draw his social security my dad earned $125.00 a month after working 39 years. Thank God he saved; he bought War Bonds and savings bonds, he watched the banks, who was paying the most interest and that's where he put his money. He bought Certificates of Deposits, he knew how to save money and make money. Unfortunately all that money my dad saved, instead of it going to vacations and time away with my mom, went to the convalescent home he spent the last 10 months of his life in.

The first thing to happen to my dad was the Parkinson's, then the eyesight went, he lost the circulation in the backs of his eyes, shortly after that it was sundowners which ended up in full blown dementia. The emphysema he suffered with for many years but it was controlled with breathing treatments. My dad never quit. Before the Parkinson's got bad he OKIE rigged all his tools so he could still use them. He never let any of these BAD things slow him down. He went out every day and worked in the yard, he would stay outside all day, only coming in to eat or get water. The yard was always immaculate, everything in it's place, everything had a place. No clutter in my daddy's yard. My dad was a Man's Man. He could do anything, build a house, overhaul a car or truck motor. He was an ace plumber and electrician. There wasn't one thing he couldn't do. Except of course, he couldn't beat the loss of eyesight or the Parkinson's disease or the dementia.

When my dad went to the convalescent home he thought he was still at home. I would visit him daily, make sure he was clean and dry and eating. He used to tell me how lucky he and my mom were that they never had to go to a convalescent home. He was friends with everyone there. Even though he was blind he could feel the presence of others; he would ask me if that was Mrs. Penny, a neighbor of ours, or if it was Merre, another neighbor of ours. My dad worked while he was there; one day I went in and he was leaning up against a door. I greeted him then said, come one, let's go in the "social room". He refused, saying he had to stay there. When I asked why he said he couldn't get the door fixed. With his thumbnail my dad had removed the pins from the door which held it in place. He had them in his shirt pocket and was holding the door up with his wheelchair. It took a minute to get "maintenance" there to fix the door. My dad also worked on the plumbing at La Salette, making sure everyone knew when a toilet was running or the faucets were leaky.

I miss my dad doing all those things at home. I miss him still so much, even after 12 years. My dad bought this house in 1950 so he actually lived here for 52 years. Saying that my dad's presence here is strong is an understatement.

My dad is present in the creak of the board in the living room floor, how he always knew when one of his kids came in later than we should of, he's present in the garage, standing at his work bench, fixing something or just being there in his happy place. My dad is present at his place at the table, where 12 years later no one sits, and also in his bedroom where no one sleeps. My dad is present in the yard under the lemon tree where he used to sit in the evenings and drink a cold beer. My dad is present in the flowers in the yard, in the butterflies that flutter around the lilac bush and the potato tree. More than all that, I believe in my heart that my dad's spirit lives in our dog Roxie who we rescued off our street just one month after my dad died. When I go out the back door, Roxie lifts her head and looks at me and I swear those are my dad's eyes looking back at me. Roxie is serious like my dad was, she's the Queen of the backyard, just like my dad was the King of the house. She's a protector, also like my dad.

I don't know if all this sounds strange to all of you, but it makes perfect sense to me. Call me crazy if you'd like but I believe my dad is here every day watching over my mom, mostly, and protecting her.

Rest In Peace Daddy! I love you and miss you!