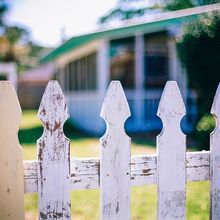 I've given myself the goal of striving to be more positive in my life. Dealing with my husband, who is always negative anymore, makes pretty much the whole household negative and I get to the point I can't stand the vibes/aura/nasty mood.

And while I have been staying on track a lot, this weekend sent me to the "dark side" in thoughts, moods and more.

Saturday, he planned to take the newlyweds out on a local lake fishing. He has a small bass boat for freshwater fishing and he has missed not going out much of the summer. This was an opportunity for him to take our new daughter-in-law out to do something she used to do with her dad, take our son out again (something he hasn't done in years) and enjoy the quiet and fun of fishing.

Of course, I was on edge the whole morning worrying about the whole venture. His balance issues have been growing and I feared he would either pitch off the boat himself (into the lake) or he would flip the boat with all of them in it and he'd be gone (he can't swim) and they'd get caught up in the weeds or something. Thankfully nothing like that happened.

But when he got home, that was a different story.

Backing the boat back into our driveway, he hit the fence with the gate with the side of his truck. He bent the post almost completely in half, popped the cap off and sent the gate askew into the flower bed. At first he claimed he didn't know how it happened, then later said his foot slipped off the brake and hit the gas.

When he came in the house, he could barely walk (no wonder he hit the fence). He was so tired and he said his feet and legs hurt so bad. I made him sit in his chair and I got him some lunch (which he kept spilling parts of it as he ate). This was on the scary side to be sure.

After snoozing a little, he seemed better and went back outside to put the boat where it belonged in the driveway (which meant he had to pull out and re-position it). Next thing I knew, he came storming in the house and got our younger son. I asked what was wrong and he snapped at me, "Didn't you hear it? I hit the fence!" I hadn't heard anything and thought maybe he "thought" he hit the fence when he saw what had happened before. I went outside.

He had backed the boat so far back, he rammed into the stockade fence, broke a hole into it and knocked it completely down into our middle daughter's small garden patch. The section of fence (along with the 4-x-4 post) was on top of her tomatoes, peppers and cucumber plants.

Daniel and I picked up the section of fence and tried to put it into place. We righted all the posts holding the plants up, and Dan screwed remaining pieces of fence  together to hold. We then went around to the other side and Dan guided his dad backing up the boat.

Later, my husband again claimed his foot slipped off the brake and hit the gas. But this now had him concerned. I did tell him it was concerning and he needed to be careful because if this was going to happen more... and I let my voice trail off. I think he knew I meant he would lose driving privileges.

Later in the day, our younger son called me that his truck broke down and would his Dad and I bring Dad's truck so he could get where he needed to go. When I told my husband, he looked at me blankly, then said, Go ahead. I tried to explain to him that we needed two of us to go, to take his truck over to Dan and then someone to bring the other back home. He just stared at me blankly. I told him never mind, I would take Heather.

Now Heather is the one suffering from Panic/Anxiety Syndrome and it was almost 3 in the afternoon, definitely not in her "safe" time period.

I went upstairs to ask her for her help and, while hesitant, she did agree. We got to where Dan's van was and he told me to come to the picnic he was at to wait for the tow truck because the driver didn't know where our repair shop was and he had to follow someone. Heather lost it at that point. She was so stressed already, she couldn't conceive of staying for potentially another hour. I let her take my car and go home and I waited for the tow.

When I got home, I went to the living room to tell me husband I was back and he looked at me an barked, LOOK! He then announced his right eye seemed droopy. I went through the stroke assessment with him and decided he was not stroking at the moment. I looked closer and felt that his eye was not drooping but that his eyelid was swollen. I gave him an ice pack to see if it improved and made dinner.

As of this morning, he seemed fine.

But this was a frightening weekend and it leads to more fears as we move forward.

My dad suffered a stroke. He recovered well from the first one and was back to something close to normal within days. The second stroke about a month later left him partially paralyzed, unable to use the telephone and unable to read. Over the next six weeks things snowballed until he was hospitalized again and finally died. It was a nightmare time for both my mom and for me.

I know stroke recovery has made progress since my dad's time but still, it is a scary thing. If this is an indication of something to come, I don't know how we'll manage. Heather is the only one at home but more and more she is losing patience with her father's negativity and nastiness. If he was dependent on her care of him during the day, then it would break her and I'm not sure how he would fare. Of the other "kids" at home, both Britt and Dan work so they can't be counted on.

I HAVE to work - there is no question about that. We need the money that I make to survive. There is no extra for care services.

But worse than the financial impact this could have on us is how it will affect all of us. For my husband, it would be devastating. He is already unbearable that he has become a bit limited. If he were more limited in what he could do, depression would set in and I know he would die from a broken spirit. It would break Heather in many ways and whether she could recover from that is questionable. Britt would feel that on her free time, she would have to do for him until he would snap at her one too many times and she would shut down. Dan would help some, but I don't know that he could deal with it much. The two kids that are out of the house would feel terrible and try to help, but time and distance would get in the way. For David, it would depress him and I'm not sure how Ash would handle it since her relationship with her dad is often rocky at best.

We will get through whatever is in store for us, of this I have no doubt.

But I still worry, mostly for my kids because I know how my life was affected when I went through my parents' illnesses.

Strength is my armor. Faith is my shield. If battle is in my future, I will win!

I'm so sorry, MD. You are just a champ, navigating so much and worrying about others so much. Know we worry about you. :)\r\n\r\nAs the others have said, please know you can yell and scream here as much as you'd like. We're here to listen and let you know that we care and that you matter very much. \r\n\r\nKeep us posted as you can.

Oh my!! While it was wonderful for your husband to take the kids out in the boat, it did reveal some really painful issues of decline. I feel for you as you help your children deal with the negativity and things you see that remind your of your father's declines. May Jesus walk with you as your navigate solutions to keeping hubby safe. I can hear your strength!

The word that struck me was break; makes me sad. We have to trust God for his protection for all. When I worry, like you I think of people who could help and then I remember the reasons they can't. Real downer (obviously). My attempt at positivity is that no one knows the future; maybe my worries will not happen. Sometimes that works, but sometimes it doesn't. \r\n\r\nI think you will win also!!

Wow. Just using the word \"challenging\" is being positive. I'd be swearing. I hope you have a place where you can yell when you need to... HERE! I think it's a lot easier to be positive when you have permission to be yell a lot. \r\nMy wish for you is a peaceful week to recover!

Challenging? This is more what I'd call hellacious. As in, over-the-top stressful. The sort of stuff no-one, nowhere, nohow, should ever have to face and cope with all on their own. I'd say, you have somewhat of a gift for understatement. The polar opposite of a drama queen. Which does not at all mean that your struggles, stress, and heartache are any less.\r\n(((Hugs))) and prayers for you. May the Lord bless you and keep you, now and always.