A Daughter’s Moment in Dementia

A Daughter’s Moment in Dementia

0
(Editor's Note: Once in awhile we feature a guest blog from a family caregiver or former family caregiver. Today, we feature an essay from Victoria Sanjuan, who cared for her father until his death in September 2012. She wrote this story in 2011.) 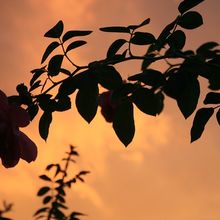 My daddy suffers from vascular dementia. He is in what the doctors call “end stage dementia,” slipping away – a little bit each day. Born in Cuba to a teacher and an army musician who were Spanish citizens, he spent his early life surviving the Spanish Civil War and fleeing the incoming regime.

At the age of 11 he arrived in New York and established his American citizenship. By the age of sixteen he had graduated from high school and was on his way to Harvard. A Navy man, he served political appointments under seven presidents in both Republican and Democratic terms. Known as the trouble maker, he advocated for desegregation and civil rights. Later he worked hard for arms control at the end of the Cold War. His life was once filled with political contacts and positions. He spoke nine languages and wrote an untold number of books and articles on subjects ranging from history to politics to moral views to fiction and fables.

He was an amazing, prolific artist.

Recently I found the following words scribbled on a small box.

“When you are left with nothing but yourself
When the truth finally comes out
And there’s nothing there
The realization of not being.”

The pounds are falling off as his appetite lessened. Gross motor skills decrease daily, rendering him unable to walk, get dressed and lift himself. A once amazing, intelligent, irascible and creative brain has become simple and quiet, unable to process most tasks or conversations. Stubborn, difficult and castigating behaviors arise in inappropriate moments. His needs are immediate and childlike, requiring constant supervision and care. All his social graces have gone by the wayside, replaced by a vehement sense of pride. His awareness of balance and body placement has gone. Little by little his pride slips away.

It gets sadder but easier to care for him.

I had wondered how much he understood of what was happening. I was mad at him for not understanding and at his inability to make everything alright as he had always done. He was a brilliant man who had been declining for years and denying it. His huge sense of pride kept him from seeking or accepting any help. On this box, I found the words I needed to find peace. He knew what was happening. He had let us know he was aware of it. I needed my dad to put it into words as he had always done, to fill the void his declining intellect had caused.

In his later years as he became sicker with dementia, he had been forced or chosen to remove all his friends from his life. More than that, when we were unaware at the beginning what was happening to him, he alienated us by his anger and preposterous and stubborn behavior. As he became sicker, it was obvious that he had not just become a grumpy old man but was losing his ability to make decisions and losing his social graces. I began to notice he did not even enjoy our company and was always in a rush to go to bed or rest. Slowly all these aspects of him deteriorated, leaving only himself. I imagine he never knew the man behind his eccentric self.

Perhaps I was most angry at the lies he told for years to hide his disease. In the beginning I did not catch them but soon it was so obvious. He stopped being able to create artwork. His third floor studio was never visited. When asked what he did during a day, he would come up with a complete story, which was never true.

Soon he was unable to write, not physically, but unable to expand on an idea. Yellow pads of paper once filled with imaginative and thoughtful writings sat empty after a line or two.

Financial and daily life decisions became beyond his ability. There was no denying the truth and we as a family had to take over – usually against much protest – and care for him as though he was a willful toddler rather than a grown man, the head of a family. After a much protested move from a museum-like home filled with all his creations to a small, safe apartment, his life challenges are the simple essence of a day – getting dressed, eating, walking. With a few pieces his artwork by his side, he simply forgot the past house, all his creations, many memories. He often couldn't remember what to wear, where to go and who we were.

He could no longer follow a television show, read a book, read the newspaper or listen to music--all the things he used to love. “The realization of not being.” Nothing he had become existed any more, not the artist, not the writer, not the political figure, and most important, not my dad, not a husband, not a grandfather. All he had become had gone away stripped to the bare essentials of living.

At first I was mad, very mad. I did not know how to peacefully care for him, override his decisions and make him safe and comfortable. Every childlike reaction reared in me as he fought with irrational anger at those caring for him. He tried to save his pride and keep his dominant personality.

As much as every stage of this disease had been turbulent, perhaps this is the hardest stage. It is sad and all I can do is love him as I care for his most basic needs. I remind him to take steps, to pick up his feet when he walks. I lift his feet into bed and remind him how to do the most basic bodily functions. Perhaps one of the most touching moments for me, when I must fight the tears, is buttoning up his shirt and fixing his clothes.

One day I just looked at him and let go of it all - all the anger, the resentment, the child of his that I was. I made peace—a sad, tearful peace. I looked into his eyes and saw he knew.

He needs my love, patience, understanding and care. The entire father/daughter relationship has changed. The daddy that he was has become my baby.

About Victoria: She's a Boston University graduate and single mom of three children who grew up in the political world of Washington DC. She now lives in New York, where she works as an EMT and writer and completing her education to become a nurse. She cared for her father during the last three years of his illness. Writing is her passion and love; she's working on a series of children's books. Look for Victoria in the documentary, "Minding Our Own," set for release in the fall of 2014. You can read more about Victoria's father at Pedroasanjuan.wordpress.com. You can connect with Victoria on Twitter: vsanjuan912.