A Family Caregiver's Footprint (and Hand, Too)

A Family Caregiver's Footprint (and Hand, Too) 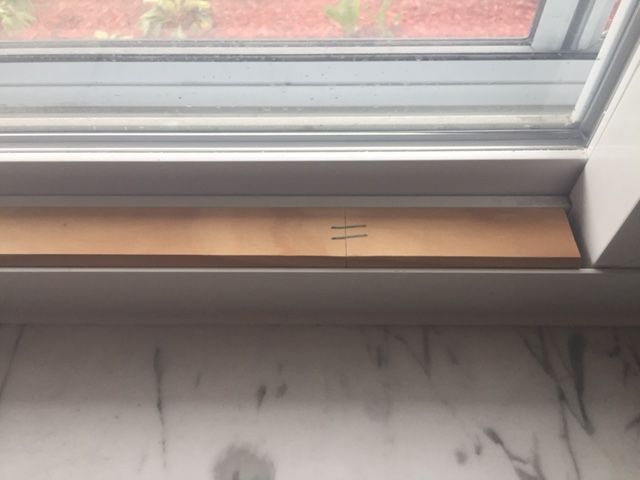 I moved into an apartment in mid-January; the apartment is about five minutes from where I lived and a quick 10-minute drive to my parents' apartment.

Before signing the lease, I met the landlord to view the apartment. As he opened the door to the apartment, I noticed a large pink sign on the apartment door which announced, in neatly typed lettering, the apartment's address. I thought that a bit odd but decided the address must not be clearly marked on the front of the building.

After I moved in, I noticed that each window sill included two wood pieces -- one larger, one smaller -- with neat pen marks to show how the pieces of wood aligned. After living in the apartment, I noticed a typed schedule on the back of the bedroom door. The schedule broke down the day into responsibilities and tasks -- eat breakfast, meditate, go to bed.

I've since learned that the occupant before me was a young woman with autism who convinced her parents she could move here (a Chicago suburb) from Texas to be closer to her boyfriend. The move lasted a little over six months before she returned to live with her parents.

Her parents' work to help her live as independently as possible remains. I use those wood blocks every day and find them especially comforting at night because of the extra security they provide. The two marks, so diligently added, line up perfectly.

To the parents and their daughter the move to Chicago may feel like a failure, perhaps like an "all for nought" situation. I see, though, what they did to help her succeed. I see the love. I see their footprint. It remains. It works.

What you do today remains. And, it will help someone else tomorrow. Perhaps you won't see who will be helped by today's work. That's okay. It still helps.

What a gift you were given to find out the story behind these \"oddities\". I'm so thankful that we can find ways to encourage the positive outlook - you, Denise continue to remind us of that. Thank you!

The little things matter. Thanks for always reminding us of that, Denise.

Thank you. I needed to read that.