A Good Check-Up Ending on a Sour Note

A Good Check-Up Ending on a Sour Note 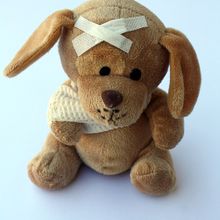 Right now I don't know if I'm frustrated, wanting to cry or just royally ticked off. For awhile now Gramma has had a trigger finger. It's not exactly a comfortable situation and not the best finger to have it in (middle finger). While she was at South Gate one of the PT women grabbed it and twisted it during therapy. Gramma said she felt something pop and she said she almost hit the woman because of the pain.

That was a little over a month ago.

The OT woman gave her some exercises to do over the weekend thinking that its just the trigger finger and nothing else but it caused the finger to swell up so much that it looked unreal.

Today it was brought up in the check up with the doctor who is absolutely furious about what has happened. The PT woman popped the tendon on her finger. After the appointment, we went over to have it X-rayed so we can find out the extent of the damage. But so far we have two options, surgery or no surgery. Gramma doesn't want to do surgery especially one so extensive so she has basically lost the use of her left hand and she's left handed.