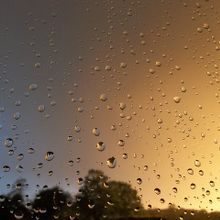 Sitting at my laptop and sending out emails and responding to others while listening to the rain fall is about as mellow as it gets for me. My car has not left the driveway for a day and a half. I have been home and resting, doing a bit of cleaning, sorting through a few boxes and eating. Eating is high on my priority list it seems. I am eating healthier a little at a time. Smoothies with berries, tofu, peanut butter and almond milk are yummy. My weight has increased more than I would have believed during these years of caregiving. Honestly, losing weight is a plan I have but it is not a passion I have at this point. I made my peace with that reality by reading and chatting with other caregivers. Gaining weight goes with the territory for many of us. I don't think I am using that as an excuse. I am using that information to give myself some grace. I need grace more than ever these days. I receive grace in the chat rooms and in the comments on the fb group I joined. Caregivers are, for the most part, supportive in a deep and comforting way that takes some of the negative self-talk away and replaces it with the understanding that I am doing a good job and I am appreciated among my peers.

I had the pleasure of speaking with a long time friend of mine who has been caring for his wife for a number of years now. His wife has ALS and requires someone with her at all times. I don't see him out and about very often .  Yesterday he came to mind and I called him and mentioned that I had not seen him in quite awhile and I wanted to hear his voice. He has been bitter and unhappy the majority of the times we have been together. His wife cannot scratch her own nose so it does not take a great deal of imagination to know how much she needs done for her. She has been unpleasant in the extreme, ungrateful, demeaning, etc. to him. We discuss how awful it must be for her. He agrees yet with the constancy, confinement, exhaustion and loss of companionship with others he loses empathy for her. But, this conversation he was upbeat. The aide he hired to be with his wife for 20 hours a week so he could get out had been a disappointment. She stopped showing up. This is not a new story in his life. For six weeks he has been at home. I called at a good time. They purchased a new wheelchair for his wife. He said it is the fifth one in the house but this one has lots of bells and whistles and, best of all, there is a gadget that allows his wife to use her head to move it about the house on her own. He said she has been doing circles in the living room and was so happy. I said I had never heard the enthusiasm in his voice or the affection and excitement towards his wife. As I was talking to him I thought of what it would mean to me if I could not move at all to help myself and suddenly I had the ability to move myself from room to room without help. The chair has a number of positions and is a deep blessing in their home. I told my friend that I felt wonderful hearing the change in his voice. He had also hired a new health worker who seems to be responsible and reliable. He can begin to get out and do yard work, see friends, hang with the guys.

We were talking about attitudes and caregiving. We talked about the traps of self-pity and the many mindsets that can take over and ruin our days. He said something that I loved and I wrote it down and may blog on it later. I share it with you now. It isn't a new thought but the way he worded it gave it power. He said, "We do not have to sabotage ourselves." Aha! I had one of those moments when the way a sentence is worded shines the light on my choices and I take a mental note and a step back. Inside of his statement is the truth that we choose our behaviors. I know this, of course, but I forget that it is an unhealthy thing when I make decisions and choose thought patterns that sabotage me. The painful and not so pleasant aspect of his observation is that I have nowhere to point my finger and claim this person or this situation did this to me. I  am reminded of the old spiritual with the line in it.."It's not my brother, not my sister but it's me oh Lord, standing in the need of prayer."

It's funny how the littlest somethings give us the most meaning in life. I loved what you wrote!

\"when I make decisions and choose thought patterns that sabotage me. \" So true...sometimes we are our own worst enemy. Im glad we can see that though and flip it around and be our own best friend! ( I remember that old spiritual...kinda catchy!)