A Moment of Peace

A Moment of Peace 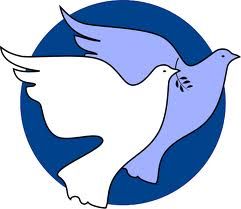 I had received a call last week from some friends Richard and I know through the holistic healing world. Her father’s in town and he does some kind of energy work with tuning forks, a type of sound therapy (I’d heard of this but I can’t recall the name.) They came over Saturday afternoon – our friends, their 10-month old son and the father, the healer. I didn’t know what to expect.

He was the exact vision of what a healer should look like: loose, flowing white linen pants and shirt, wooden and beaded bracelets and necklaces, colorful beaded band holding his long black hair in a ponytail type thing. And a calm nature. I immediately felt his peace.

We talked before he went in to work with Richard. The thing I wanted to explain to him was that I’m not meaning to be negative, or give up hope, but realistically, Richard is beyond healing without a “parting of the Red Seas” or “walking on water” miracle at this point. I told him what I wanted from him was to bring Richard peace to help him “cross over”, move on, let go… whatever you want to call it.

He told me he’s worked in Oncology departments of hospitals and in ICUs with cancer patients. He understood exactly what Richard needs. So I took him into the bedroom and introduced him and Richard.

(Richard these days is barely able to move. He can’t talk at all. The only thing he can do by himself is lift a plastic cup to his lips – when I hand it to him - and take small sips.)

I stayed there a few minutes to make sure Richard was okay with everything. I had asked him a few days earlier if he was up for the visit and he was. And I had reminded him earlier in the day that this man was coming over.

So this healer unpacked his stuff: crystals, tuning forks, wands of all sizes, a guitar… He laid the crystals out around Richard and began his work. I left them alone and went back into the living room to visit with his daughter, husband and their 10-month old son.

I mostly left them alone, but went in every half hour or so to check on things. Richard appeared to be sleeping through most of the session.

The session lasted over two hours. He wouldn’t let me pay him – told me it was a gift. Wow!

They left around 8 p.m. Saturday night. Richard woke briefly at 2 a.m., took a sip of water and went back to sleep. He slept till 2 p.m. Sunday afternoon!  18 hours! I was going in every hour or so to see if he was still breathing. When he woke at 2, I gave him medicine, water, helped him with the portable urinal, got him situated, rubbed his shoulders – the typical procedure which lasts approximately 45 minutes. And he went back to sleep… till 11 p.m.

That was the first night in over six months that I actually had almost six hours of uninterrupted sleep! I actually didn’t get out of bed till 8:30 Sunday morning! I didn’t sleep all that time, but the rest was so refreshing. A well-needed moment of peace!

Unfortunately last night was back to “normal” – TV on all night, him needing attention every few hours.  The CNA came this morning and he didn’t want her to bathe him. He let her rub his legs and feet with lotion, but it’s so tiring for him when we turn him and hold him and bathe him.

I may just call the healer again and ask for another session – paid of course. If I can give Richard another close to 18 hours of rest and no pain, I can’t think of a better gift.

What a beautiful gift for everyone -- not only peace but a healer who understands what it means. (((Hugs)))

Isn't is amazing that a gift of peace came to you and more importantly to Richard? I'm so glad for you both.