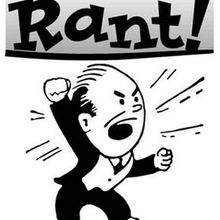 I am getting very fed up with many of the home care giving agencies in this area!

My friend has had many difficulties over the years with several different agencies in the area. I have a client who also has had problems with a local agency. With my friend, he is on his fourth agency in five years. One of the agencies dropped him because his lift chair broke and he had to stay in bed to keep his feet up. He is under doctor's orders to keep his feet up and it was about two weeksto get him a new lift chair as they did not have his size in stock.

Another company dropped him because he would not allow one of their workers back in his house because he caught them stealing from him and he even had a police report on file. The third agency he fired because they were not doing their job, not showing up, leaving the place a mess, etc. He then went all self directed. I was doing weekends and another person was doing weekdays. This ended because the weekday person quit short of getting fired. She was very good until she was in an auto accident and ever since then she would start not showing up, leaving before things were done and she still had time to work.

The last straw was she took a week off to go to an out-o- town funeral and then the next Monday did not show up and when called stated she was still out of town and would be back Tuesday. This kept happening until Friday. On Friday her boyfriend showed up with her time sheet to be signed and stated that he did not know when she would be back. In reviewing her time sheet my friend found that she had hours down for days she was not there and more hours than she was there. He refused to sign it until corrected and asked her boyfriend to have her call him to discuss her time sheet. He then called his case manager to inform her of what was going on but had to leave a message. His intent with this call was to fire her. She called and said she quit and hung up the phone.

We advertised for another care provider for the weekdays for a month with no applicants. His case manager then insisted that he get another agency in for the weekdays. If we did not fill the position in the next three days, the MCO would drop him from the program. Their rules state that unless it is a family member you must have at least two caregivers. Therefore the fourth agency was brought in. This agency is not providing medically-necessary coverage on holidays so I have to do that. They are also having people quit on them left and right and not being able to cover him properly. He is looking at firing them and have a fifth agency come in.

My one client that I just took on four days a week had a company that was not doing everything needed and had more hours that I have. He still has this agency three days a week to meet the MCO requirements of two providers. I am getting things done and still have hours left. Things they would not do include sweeping his front porch, removing cobwebs and taking his wash to the Laundromat two blocks away. They also would not sweep the floor under his bed. When I started he had at least three inches of dust under his bed!

I have another friend and his son that I may start doing some care for on weekends as they have another agency that is not fulfilling their needs especially on the weekends. He has a five-year-old son who he is sole guardian of (Mom is in jail for attempting to kill the kid!). The son is also handicapped and received services. The agency is hired to care for both of them on weekends. During the week the son’s services are provided by the school system. Evening and summers for them is provided by my friend’s brother. The brother is unable to do weekends as he works two 18-hour days on weekends cleaning in the schools.

The agency that provides the weekend cares will not provide care for them together. They have to make different meals for them and at different times. The provider for the father claims that part of the house cleaning belongs to the son’s provider and will not do it. The provider for the son insists it belongs to the father as it is the parent’s responsibility to clean the house.

The MCO agrees that it is the father’s provider that is to do all the house cleaning. The MCO has also asked the agency to provide one person to do care for both at the same time. Each one gets six hours over the weekend. The father gets one hour on Saturday and the son two hours and then on Sunday the father gets two hours and the son one hour. The MCO has asked them to provide it as a three-hour block and just bill the hours as authorized and combined things when appropriate like making meals. The company refuses.

I want to know what these companies are thinking! Do they not want people to succeed at home? What can be done about this type of thing? I know so many that are experiencing this type of treatment but no one but me seems to care and I CANNOT care for them all!

Update the new person actually started today. They had the Monday to Wednesday person fill in yesterday. The new person is the one he fired for steeling from him when he was with a different company. He still has a copy of the police report. He has asked that he be removed from his cares and the current agency is refusing. We have a call into the MCO to try and get their help as they are the ones that actually have the contract with the agency.

I have talked with the ADRC (Ageing and Disability Resource Center) for the state, the economic assistance consortium that oversees Medicaid for our county, and the county office on aging, they have all referred me back to the MCO. There are 2 MCO’s in this county. The one MCO is loosing clients left and right as they say you can take who we give you or go with IRIS and loose your fill in the blank funding and have also been cutting services that are covered by Medicare and Medicaid and making the client file the claims themselves. The other MCO is new in town and is trying to find good agencies but having problems getting contracts with some of the agencies as they do not want that many more clients because they want to keep there standards up.

It is down right scary, the lack quality care/training/ethics in some of the workers.

What is a MCO? I'm not familiar with that term.

Oh my. What an ordeal. Since our society seems to put so little value on caring for our children, elderly and disabled and the jobs pay so little (with focus on profit for agency) and require little training, I figure the picture is bleak finding a good caregiver. Not that they aren't out there, just rare in my experience. We had a couple of great caregivers, problem was one got her LPN degree and moved on, the other quit the agency for better job. Luckily, we didn't have to depend on caregivers, and only used them for a bathing to give my back a break.\r\n\r\n--We had one that we called \"box of rock\" because she was soooo oblivious to anything. Then she brought her own, previously used extremely perfumed cream, and put it on my mother-in-law's delicate skin without asking or knowing if she was allergic to anything. \r\n\r\n--Another parked in front of our neighbors driveway… I had to ask her to move her car, and her response was \"it that a driveway\" a paved blacktop driveway, clearly between the yards. \r\n\r\n-- One asked if we has supplies so she could test her blood sugar because she didn't bring her own.\r\n\r\n-- Another liked to move our furniture around. \r\n\r\nI certainly didn't feel comfortable leaving any of these alone in our house. \r\n\r\nWish there was an answer to this problem. I hear your pain.