A Tale of Two Sisters

A Tale of Two Sisters

0
(Editor's Note: Today, we welcome Penny, who cares for her dad, to our blogging team.)

I am so happy to have a place to share my frustrations about caregiving of our dad. Thank you so much!

My mom passed away a few years ago and my sister and I care for my dad. Actually I do all the caring and she does.....I'm not sure what she does, but I guess from her perspective it's alot, or too much. After my mom died, my sister tried to take my dad in to live with her family. She said she was going to renovate their house, change the family room into a private bedroom with french doors, lots of stuff. First she brought my dad into her home and did a trial run, which lasted, I think, three days, max. So my sister was only able to take him for limited periods of time and then it "got to her" and she had to take him back to his house. She was retired and I was working, so we juggled this arrangement with my helping when I could. Then I started getting calls at work from his neighbors who were worried, so I quit my job and moved in with my dad. I took over the finances, driving, medical care and appointments, cleaning. My sister is the eldest, the power of attorney, the durable power of attorney, health care surrogate, the executor of his will, the second signature on his checks. I am nothing, really, except the draft horse. I don't exist except on paperwork as an afterthought.

That said, I always felt like I had my sister's support in all the decisions I made about caregiving. I told everyone I felt that way. I understand she can't handle the "nitty-gritty", the smelly stuff, seeing the frailty, the person we knew fading. I can do that, I can stand in the breach. I was always ok with that. I took all my concerns to her and we talked it out and came up with a solution.

As time went by, my sister distanced herself more. She no longer felt she could care for our dad overnight, so I had to find a facility which would care for him when I needed to get away. She did help whenever I asked for help. She did stop to see him maybe once or twice a week, for an hour or two, during which he mostly slept, and then she said she "had to go", "couldn't take it". The last time she personally took care of him overnight was 15 months ago. The last time she saw him for more than a few hours at a time was 9 months ago. We still emailed almost daily and we talked constantly about his care and his condition.

One day when my dad was awake, and my sister saw him, she just completely lost it. She made a pronouncement about his condition and left. I didn't think anything unusual about it until the next day when she emailed me, saying that it might be "safer" for my dad to be in a facility full-time where there would be more eyes on him.

To say that I was shocked, hurt, surprised, and confused barely scratches the surface. To use the word "safe" in a caregiving context shakes the foundations upon which the universe is built. One minute my sister is telling me how thankful she is about what I'm doing and the next minute she's saying I'm not keeping our dad safe enough so he needs to be taken away. I started typing an email reply but then thought the better of it because what I wanted to say was not going to be anything I would want to live with for the rest of my life.

We didn't talk for a while. Of course while she was doing whatever she was doing (cogitating, ruminating, feeling sad) I was still wiping a butt and changing depends every day, like every other day. It wasn't my care or lack of it that was the real issue; the real issue was his condition, which I am not to blame for, and her reaction to it. She, who does virtually diddly-squat to help, was saying my efforts were not enough. All my best efforts won't stop his deterioration. I felt like I was painted into a corner. She is the power of attorney and holds the trump card. If she said Dad needed to go to a facility, I wouldn't have any say in it. I felt like I wasn't ready to give up trying to keep him at home. I wasn't ready to turn him over to strangers. I was the only one who should make the decision if I can't do the job any more. But I needed to step back and keep him as my focus. Was what I wanted and my identity keeping me from seeing clearly that he WOULD be safer in a facility? If Dad had an accident while under my watch, now it would be neglect on my part, since I wasn't agreeing to having "other" people watch him.

Time passed and we seemed to have a reconciliation. I felt like we had put the ugliness behind us. We talked about possible future scenarios. She said over and over that she had my best interests in mind. We told each other we loved each other and I said that we were lucky to have so few problems compared to so many other people.

Than he fell at home. Oh boy. 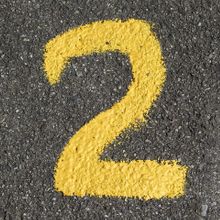 I just love wicked sister stories, they prove to me that I am not alone! Thanks for the share!

Thank you for sharing this story. I think so many people can relate to this! I am an only child, and I am my mom's physical, emotional, and financial caregiver. But if I had a sister who was quicker to step into that role, I can picture myself as your older sister, and if I were in those shoes, I would feel both grateful and ashamed. I think that her comment about your father not being safe was about herself and not you. It's the justification she would make FOR HERSELF not to care for your father at home - maybe because he wouldn't be safe with HER because she couldn't handle the level of caregiving that you are willing to provide. I can only imagine she needs to protect herself from the feeling of shame by this kind of rationalization. I think that if I were in your shoes, on the other hand, I would have reacted exactly the same way! I look forward to Chapter 2.

Hi Penny! I'm so glad you are here with us and that you've started blogging. \r\n\r\nI have to admit: I was so angry reading your post. Angry that your sister takes the easy road and yet holds all the power. You write so well of how it feels to be the one who does the work and yet doesn't have the say. \r\n\r\nYou're doing so much for your dad, providing constant, compassionate care. You do deserve a voice in what happens.\r\n\r\nI'm anxious to read how the fall has affected your relationship with your sister and how your dad is doing.