After EXTREME Caregiving: A Sweet Farewell

After EXTREME Caregiving: A Sweet Farewell 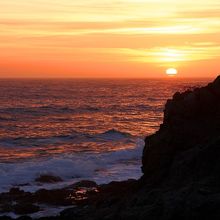 After a month of full blown spring, a wet and chilly day seemed appropriate. The skies have been grey in Southern California the last few days. But it's not so unusual because our local citrus fair is happening. Local lore is they built the fairgrounds upon Indian bural ground and during our yearly Orange Show it ALWAYS rains.

The service was so nice. My cousin sung "Amazing Grace" and she has a beautiful voice and there my tears began to flow. I gave the eulogy, with an emphasis on her strength, intelligence, and independence. These were all qualities SIL had the majority of her life and I did not want to focus on her illnesses. Those were the qualities she held most important and I wanted everyone to remember her in that way. I was in tears, but I still spoke about her fierce independence. I sometimes feel bad when I have to give one because when I do, there is never a dry eye. They always say, " I was FINE until you spoke."

This was harder still because I did NOT mention the husband she was with for so many years, I only spoke of the strength she had when she went to Alaska (to run away from him) and when she came back home (once again to run away from him). I spoke of the love she had for her nieces and nephews. I made collages of chapters of her life, as a child, then adolescent, then as an adult. I included no pictures of her sick, she wouldn't want that. I only put up the vibrant woman she had been.

My family all came, my uncles and aunts from both sides, and my favorite cousins. SIL's other brother and his family came as well as her best friend and best friend's daughter. Her brother came through and helped with expenses for which I'm so grateful for. It was unexpected and so appreciated. It's strange being a caregiver in that people kept thanking me. I was so grateful they showed and I'm thanking people for coming because for months we'd been so alone, and they're thanking ME. And I'm all like, "Oh I tried to make everything nice and honor her properly" and they're "no, not just today, for all of it." so I guess in a small way they got it. For hubby I was so glad they did that because he could let go of animosity. For me, no thanks needed, I'd have done it anyway. But it was nice.

i was able to give her family their pictures, to return to them pieces of their past. I made packets for them and had them pull from collages anything special to them. It's so strange to see a family so unlike my own. My family was there to support me, they made the food, they stayed and helped, helped me plan. I'm so glad SIL and hubby have us because their family is like strangers. My kids feel no connection, and it's so sad.

Her friend from Alaska was there. He traveled here to retrieve her ashes and will embark on a road trip with her ashes in tow, up the California coast. He will scatter her ashes in her beloved Alaska, where she will finally be at peace.