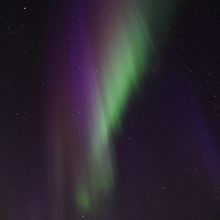 I must state first off all SIL was just that, my sister-in-law. She was not my parent nor spouse though we did love her very much, it is not the same as losing one's parent or spouse.

We are having services on the 25th of April. I and others wanted a Saturday and the church is always booked solid right after Lent. It ended up being a blessing pushed that far back! Seems it was the perfect day for everyone, people have time to make travel arrangements and I can have time to plan this right. As her next of kin includes four siblings, three must sign to release her and that takes time as two are in Washington state. We will have a celebration of life gathering afterward.

Her family is actually behaving themselves. With their help I was able to contact her friend from Alaska and we will carry out her final wish. He will actually fly down here and collect her ashes to scatter them as she wanted where they saw the Northern Lights more than 20 years ago. He was happy to do this. I had no idea how I would accomplish it, and it was made incredibly easy. I hope he can do it at a time he sees the Northern Lights, he said it was a total spiritual experience.

So much of her final arrangements have fell into place perfectly. Her best friend's daughter has been the only issue, but she's young and in mourning. She wanted to know WHY we're sending her ashes with him, where has HE been. SIL did not want me to use family channels and though I tried, I could not find him to contact him otherwise. She didn't want him to see her sick, she only wanted to know if he would be willing to do this for her. I am trying to be nice but what I wanted to say was, "Kid, you live 10 minutes away, you could have come every day. I never put pressure on you but he door was open. You came over six times in three months. Three of those times in the last two days. Afterward I allowed you in her room by yourself and let you take anything of hers you wanted, where were YOU?" I didn't say anything though. She said she wanted ashes, which had already been arranged. Her mother neglected to tell her. This is not my fault. I've kept her informed with arrangements. Now the mother told me (SIL's best friend) to go through her because the daughter is getting upset. If she had informed her own daughter there would be no problem to begin with. So they know the time and date. I'm done. LOL DONE.

I had thought the friend was taking care of the arrangements financially but nope. She is using SIL's own money to do it. When SIL got SSDI she had her friend hold her money. Of course this was the last of it. Now I know why when SIL was asking about her own money her friend was shushing her. I really don't care, I guess she fessed up because I kept thanking her for taking care of this part and what a great friend she was. Here we go again, rose colored glasses! Whatever, I'm no longer asking for input nor do I care what they think about how I do this.

I knew anyway it was going to be mostly my family who shows up, they have taken an interest and inquired about SIL this whole time. One of her brothers said he didn't know she was terminal. He knew she was on hospice. I guess hospice means day camp! I'm just telling everyone she didn't want to see anybody and don't feel guilty. It's the truth. I'm glad at least some saw her, and her room and stuff, how she lived because you never know. Because she didn't want to see anybody maybe they thought it was ME keeping her from people when in actuality I'd gone against her wishes sometimes and told when she was hospital and had her friend come. Funny, when it was my family or the kids' friends, she was always pleasant and would talk to them. She liked them they liked her. Maybe she didn't want connection to any of her past, or maybe because she looked totally different, maybe some of both. I just tried to respect her wishes.

I still don't know how I feel. People keep asking. I feel okay. I'm so happy I can do the final arrangements as she wished. I'm not anxious any longer. That had been default emotion since she came to live with us and all the hospitals and all the diagnosis. I know I did the best I could, I made mistakes, but I'm human too and I've pretty much shared them all here! If I didn't obviously I forgot! LOL. Here was my breathing room and my vent space! I will speak at her service, I do that for everybody. I will not mention her illness much, if at all. I will talk about her, and who she was and the good stuff, her humor, her smart ass ways (which I loved!).

I'm doing as requested, I'm getting rid of the sick room. She wanted me to make it something else ASAP. She wanted everything tossed related to sickness. I thought I would feel sad or bad but it was kind of like venting. It was like yay she's not sick now, she's whole. She doesn't need this or this or this. Pills: Bye-bye, she don't need you! I had them pick up the equipment the next day. I'm donating everything I can that could be of use. I did that when MIL passed, and SIL liked that idea. NO MORE SICK. She's in our hearts, she will live on in our memories, the sickness has no place there, she was not her illness and her illness was not her. I'll forget most of it. One of the good things about rose-colored glasses is I will just remember the funny stuff and the good stuff. I know with Grandpa he never looked that bad to me. I knew he was sick and how bad it was, but I just saw my Grandpa. Later I saw some pictures of him toward the end and I was like WOW, he did look sick. But when he was there all I saw was my Grandpa. Now I think of SIL regular. Her whacking me for teasing her. Her penchant for stealing hospital supplies and hoarding condiments from food places. A big regret of hers she thought she wouldn't see me finish school, but she will be with me every step of the way. Her and mom have been so proud of me going back, so I'm doing this for all of us!

Thanks for the read and allowing me to vent (again). I can let it go.

Thank you so much HSG for keeping us posted. I love reading about SIL's plans and your ability to make them happen.\r\n\r\nYou're also doing a great job of biting your tongue. :)\r\n\r\nPlease continue to keep us posted as you'd like. I'd love to continue to hear about how move from caregiving into your life after caregiving ends.

Hansolosgirl, you have written and expressed so much since you have been here that has touched my heart. It was with some surprise that I returned from my respite time to find this peaceful transition blog. You certainly have some precious gifts that continue to give to your family that blesses them deeply, even when they don't realize it! I am wishing for you today, a time for you to just sit, reflect, reconnect with your family and then really celebrate the accomplishment of your tremendous caregiving. I look forward to hearing how you are doing when you are ready! I do love the getting rid of the sick room. . . :)

<a href='http://www.caregiving.com/members/lillie/' rel=\"nofollow\">@lillie</a> I think you hang on to memories and normal stuff sure, but no way the sick room things! I hope I don't get depressed as can be my tendency sometimes, but for now we're doing okay. Back to school Monday. <a href='http://www.caregiving.com/members/marfromwi/' rel=\"nofollow\">@marfromwi</a> I think she did feel safe here. Yeah, I was shocked about the throwing herself down thing....maybe even the attention getting parts when she wasn't getting hurt were part of it too. I needed to share because I'd never heard that before!

HSG, you finished well -- your perspective is beautiful. I think your SIL knew where she would be safe and loved, and I\"m so glad she got to finish her life with you.\r\n\r\nThe insights about her throwing herself down will help others along the way also -- I had no idea --\r\n\r\nAll I can say is if ever I were without family of my own, I wouldn't hesitate having you as my caregiver :)\r\n\r\nBest to you and please don't leave the site! You can be of help to others along the way --\r\n\r\nYour friend,\r\n\"Margason\"

Beautiful! Everything you say makes perfect sense. I love the idea of getting rid of sick. So many people hold on to so much thinking their loved one is those material items they had. Please continue to share with us and chat with us! Happy Easter!