After the End: Finding Rest

After the End: Finding Rest

0
"And there was a certain royal official whose son lay sick at Capernaum. When this man heard that Jesus had arrived in Galilee from Judea, he went to him and begged him to come and heal his son, who was close to death." (John 4:46)

I leaned my head against the wall for a moment, pausing to try and infuse some strength into my weary body. The walk from the parking lot, through the medical pavilions, and down the long hallway to the main hospital seemed to get longer every day. There were times when I ran down the hallway at top speed, anxious to get to the trauma ward or the surgical unit, afraid it would be my last chance to see my husband. There were other days, like today, when I could barely put one foot in front of the other. I felt exhausted, convinced I could easily melt into a puddle of tiredness onto the beige rug of the hallway. Desperately, I needed rest.

But after years of caring for a chronically ill husband, rest was not likely to happen.

The nobleman in John 4:46 would have known what I was talking about. While we are not told how long his son was ill, we can surmise it was not a sudden illness. Can you see him pacing the floor of his son's room, sitting by his bed and holding the hand of his child? Can you imagine him calling upon all manner of healers and doctors to try and bring relief to his boy? I can. For years, we left no stone unturned to try and find a cure for Ron. We traveled up and down the east coast seeking answers to his chronic pain. I can empathize with this father, then, who likely had connections as a nobleman, perhaps was even in the employ of Herod.

Maybe he'd been given false hope. Maybe along the way a charlatan or two had promised a cure. In our nineteen-year battle, we encountered more than a few of them as well. 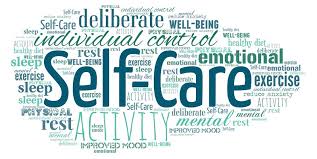 But then the nobleman, this worried father, heard that Jesus was nearby, just 20 miles away in Cana. Had he heard of the first miracle Jesus had done at the wedding, turning water into wine? It is clear he knew something of Jesus; he addresses him as "sir," which in the Greek is kyrie, meaning "lord." It seems from what is told in the book of John that he had traveled alone; his servants later met him on the road. What is also clear is that he had faith that Jesus could heal his son. When Jesus said, "Go thy way, thy son liveth," (John 4:50) he did not question it. He knew it to be true.

Even as Ron suffered for so many years with so many maladies, I never stopped believing in God's ability to heal him. I did sometimes wonder why He did not. It was often hard to reconcile that to a Father I believed loved Ron.

To me, the most important part of the story of the nobleman is not the healing of his son. We have many examples of Jesus' ability to heal. What strikes me is this: This worried and heartsick father, probably weary from sleepless nights keeping vigil at his son's bed, did not immediately run home. No. He believed what Jesus said. He believed his son was healed. I can hear across the years the sigh of relief he breathed. I--who have experienced the exhaustion that comes with caregiving--can also feel the weight of his body sag as his shoulders round, his head bows, and, bereft of the adrenaline that kept him moving forward, can now rest. That night may have been the first good night's sleep he had in a long, long time.

And it happened because he took Jesus at His word, never doubting his son was now well.

I, too, take Jesus at His word. So many years of caring for an ill husband has left me depleted. During the years of caring for Ron, a restful night's sleep was only a dream. According to Crossroads Hospice, "caregivers must sacrifice a great deal from their personal and professional lives." I was among the 60% that still worked full-time (and often had two part-time jobs, as well). I can concur with the 55% of caregivers who say it is an overwhelming way to live. I need time to recover in body, mind, and soul.

God did not heal Ron. But God did take Ron home to heaven to live with Him. And it is now, as I approach the one year anniversary of his home going, that I am finding rest.

How can you take Jesus at His word? What promise can you claim today?