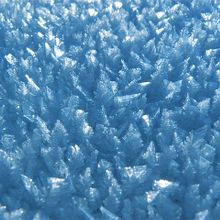 Well, it is Thursday, today. Monday I had called the A/C company that we use and the dear tech said that the first appointment he could give me was for a week away! The problem has been that the system runs but the fan doesn't push out any cold air. When the fan kicks on, we are great! Nice cold air! Such a problem. I kept calm, knowing the weather forecast was going to give us a break if we could just hang on. Craig, the tech said, "I remember Elly, she is such a sweet lady. She must be up in her 90's?" He remembered pretty well, and he should, after all the calls she made two summers ago. Craig told me that his intent was to somehow fit us into the schedule for this week rather than next because he has a "soft spot for the elderly." He was so very good when he was here and knew just how to talk to her! Well, we are waiting,,,

Monday evening we came home from Bible Study and the house had not been locked up or closed up like usual. We figured something had gone on. The next day, Elly told us how she had really gotten sick, so dizzy, could hardly walk, let alone eat anything and just went to bed. We had left when the house was about 85 but the fans were on and she assured us she would be fine. Oh, brother! She didn't drink enough and drank hot tea, well the tea bag was only a suggestion but she had gone through more than 1!

I have been able to somewhat successfully trick the A/C into working by turning the system off then back on. So, I have been sticking around to catch the A/C and do my "thing". We had a couple of miserable nights but we've all survived.

Now, I am waiting for Craig to call and say, "I am on my way." We are feeling this was the same problem three years ago and the part had to be ordered from Las Vegas. The techs say we should NOT replace the unit but continue to fix it, especially because of our situation but I am not sure about that advice anymore. Elly is going to be 95 and just may live till 100!

Can you imagine how many weather extremes Elly must have seen in her 95 years? Who would have had AC almost 100 years ago? Lots of big paper fans, most likely. But there was less concrete then, and houses were designed for ventilation. Bless her heart for hanging in there. I hope your buddy Craig calls soon and your problem is resolved quickly and inexpensively!

What a misery! Mom has a separate AC for her living space and I'm so glad. Ours is the one that breaks every year, but hers keeps chugging along. I really hope you can get it fixed soon!!

Ellie, how horrible. We went thought that... for 6 days in the 90s and high humidy. We knew the replacement unit was coming, but by the end of the 4th day, we were afraid my bedridden MIL was getting too dehydrated and we took her to hospital. They admitted her, but could only keep her overnight cause they couldn't find anything else wrong to justify a stay. However, the discharge supervisor told us as long as we left by midnight that day, it would be fine. We hung out in her room until then. Our house was 95 degrees and the abulance drivers had buckets of sweat pouing off them by the time they got her into her bed.\r\n\r\nCold wet wash clothes on the back of neck helped. We survived although quite cranky by the end!\r\n\r\nI pray it is fixed by now!

How wretched, EGD! I don't know how you're making do. We've had hot and very sticky weather here for the past few days and I've been miserable when I'm not in a) my air conditioned car; b) my air conditioned office; c) my air conditioned house; or d) an air conditioned store. The brief walk through the parking lot from my car to the supermarket leaves me sweat-soaked and looking liked a drowned rat! Forget about sitting on the porch or romping with the dogs in the backyard. I hope you hear from the AC tech today!