All in All I'd Rather Be Fishing

All in All I'd Rather Be Fishing 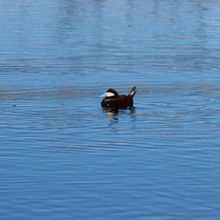 Well summer has finally decided to show its face. I know, it's not truly summer until June 21st, but with weather is in the mid 20s (in Celsius so like high 70s in Fahrenheit) and the sun has been shining. The long winter is finally over so it's time for.... Mike to get another cellulitus infection. Hooray!

He is so frustrated with this as he has been doing everything doctors recommended. He's lost weight, he quit smoking (on week 13 now) and he and I started going to the gym together. So why now? Who knows? Maybe his body was bored with it going so well. I will say though that with all the changes he's made along with a high dose of antibiotics he is mending quicker than usual. For that I am grateful.

We had planned on going camping and quadding this weekend, but the doc has killed those plans. Mike has to stay away from the gym and limit his walking until he's off the antibiotics so we doubt that quadding will help anything. So quick change in plans is now camping and fishing. Either way we need to get out. I don't want this little stumble in his health to set him back too much.

A while back I had blogged about having a secret. I blew it, I spilled the secret. I couldn't keep it to my self as that was weighing too heavy on me. So one night after dinner I told Mike we needed to talk, those four words 'we need to talk' can be hard for both parties. I told him that his friend was dying from cancer. He was quiet for a bit and then looked at me, 'Why didn't she just tell us both?' I told him not to take it personally, some things are hard to tell others and this was one of them. I felt terrible for him, but I felt better for telling him. He asked if we could go visit them this summer so we've made plans to get there.

So with all these things going on in our world, all in all I'd rather be fishing.

Dear Chris,\r\nI am so sorry about the cellulitis and change of plans. It is such a frustrating issue and painful for Mike! I am so glad you can see a work-around with camping and fishing. I am glad you shared your secret and felt relief, that's why 2 are better than one! Blessings on your outing!

I'm sorry you have to go through this again, and that your plans got changed. But it sounds like you will still have a fun time. Being out in nature has a way of cleansing the spirit. I hope you enjoy your time.\r\n\r\nAs for the secret, I'm glad you feel better. I think there are some things that shouldn't be secrets. I've never understood keeping a loved one's health issues secret. Why shouldn't Mike be able to say goodbye to his friend? How would he feel finding out after the fact that you knew all along? I think you did the right thing and I'm proud of you for following your instincts and doing what you felt was right.