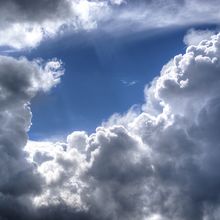 The night before my dad passed was particularly rough. He has never handled hospital stays well, and who can blame him--it's noisy, the lights are on, monitors are beeping, nurses are in and out, poking and prodding. Add a little dementia to that, and it quickly escalates from him being annoyed to being, at times, violent. Aside from sedation, I was the only thing that would calm him. That evening as he attempted to sleep, he would either wake up or be woken up about every 30 minutes. Each time, I had to get to his bedside quickly and make sure he saw me and heard my voice; otherwise, he would try to get out of bed and would struggle against the nurses and technicians who were trying to keep him safe. Even though he was 87, he was incredibly strong. He was not a small man--somewhere around 6'2" and 170 pounds. Kinda scary if he really got wound up.

After at least six rounds of this, at around midnight we had a particularly rough struggle. As the night progressed it was taking longer and longer to get him to recognize me and listen to my voice. After we managed to get him calmed down this time, he relaxed a bit and had a moment of clarity. He looked at me, shook his head, and said, "Wow, sweetie, you really need to spruce yourself up!" The two nurses and I couldn't help ourselves and busted out laughing. Seriously Dad???? I'm sure I did look like a site. I had been really wrung through the wringer that evening, was in an old sweatshirt and old jeans, pony tail (which was very ratty at this point) and minimal makeup (which I'm sure was smeared!). And I can promise you my appearance was the last thing on my mind at that point! How funny that it was suddenly a priority to him.

After that we moved forward with very light sedation and upped his anti-anxiety medication a bit. I guess it worked as he was much less agitated after that.

He passed away on Sunday night, and the next three days were a blur. I pretty much cried the entire day on Monday. Tuesday was a little better, and Wednesday a little more. Grief will be processed, in waves I expect. Monday, Tuesday and Wednesday about all I did for myself was shower; the hot water is soothing and relaxing. But beyond that, I didn't do much--old comfy sweats or jeans, old t-shirts or sweatshirts, pony tails and no makeup. Because I can, and because during those days, it was just too much trouble to do more.

This morning, I woke up and immediately laughed thinking about him telling me to get "spruced up." So, today, I did. Nothing over-the-top, but I did pull out a new-ish pair of jeans, a fun top, some really cool black boots that I bought recently but had not yet worn, stylish earrings, makeup, and I styled my hair. And I felt GOOD. I made myself get out and run a couple of errands, and enjoyed a solo lunch. It was a beautiful day and I'm glad I got outside and enjoyed it. And I smiled, knowing he would be pleased.

TBD, this is such a beautiful. I love that you allowed the tears. I also love how you allowed yourself a better day.\r\n\r\nI'm thinking of you and yours and wishing you so much peace. You provided wonderful care for your parents. You have so many reasons to feel proud.\r\n\r\nKeep us posted. :)

I'm glad your doing exactly what is good for you. Good for you,

My father-in-law would often just tell me how nice I looked - even when he was in the nursing home and quite ill. Your article brought back this fun memory! This is something you will always remember and treasure.