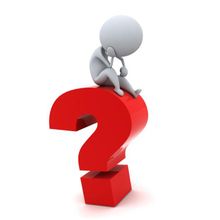 My friend, Karen, called me the other day. She has suddenly found herself in a caregiving job she never expected or wanted. She doesn't know what to do about it. She called me for advice. I hope you don't mind if I run it by everyone. I've run out of ideas.

It's her neighbors. Karen lives in a small town in Nevada. Most of the residents are seniors who retired to the sunshine. The small homes in her area are close together. At this time of year, everyone has their windows and doors open to let in the light and air. It's the beginning of their tolerable weather season - under 100 degrees. With neighbors practically on top of each other, it can feel almost like a college dorm instead of a neighborhood. Privacy is a luxury.

Cast of characters (names are changed to protect the innocent blogger -- and my friend).

Karen -- took care of her father in this small home until he passed away. She then moved into the home, her inheritance, as she had also just been through a not so pleasant divorce. She is a young senior, retired, and barely makes it month to month on her income. She has had two minor strokes and, several years ago, broke her leg, just below her knee. The leg break was never treated. She literally was released from the Emergency Room on crutches, without any other treatment, because she had no insurance. She ended up using her dad's old wheelchair for months, then slowly teaching herself to walk again. She will always limp a bit and always have pain because it didn't heal right. Karen is also a very private person.

Helen -- her next door neighbor. Helen is 84 years old, a compulsive gambler, and an alcoholic. She has a good pension, but loses it all gambling. At this point, her power and her water have been turned off for non payment. Her car has been repossessed. She does not have a working phone.

Mary -- Helen's sister lives a few blocks away. Mary uses a wheelchair as she has had a stroke and a heart attack.  Mary doesn't drive. She does have a home health aide to cook, clean, and help care for her.

Both sisters have called on Karen to help with errands. Karen has helped whenever she could because, well, both were friends of her dad, and she really does care. Recently it has spiraled downward to the point where Helen simply shows up and walks into Karen's house. She's going through dementia, both age and alcohol induced. She accuses Karen of stealing her car. She searches through Karen's cupboards looking for alcohol. She begs for money. She insists she's having a heart attack and needs to go to the hospital. There's more, of course, but you get the picture.

Meanwhile, Mary invites Karen over for tea. She asks Karen to look over her prescription medicines and tell her how much to take in order to kill herself. When Karen calls later to check on her, she says she's fine and was only kidding earlier about killing herself, but.. would Karen please come and take her to the bank.. an the grocery store. Between the two sisters, Karen is feeling trapped and held hostage. The last time Helen was taken by ambulance to the emergency room, the staff called Karen to come and pick her up when she was done. Karen tried to refuse, but the hospital put the pressure on.

Karen has talked to the police and adult protective services about Helen's situation. The police won't even come out anymore. Adult protective services says they can't do anything to help Helen because she refuses help. As she says, it's not against the law to drink yourself to death in Nevada. Whenever something happens, Karen gets drawn in because police, firefighters, even collection agencies have decided that Karen is the contact person. Karen even gets calls from Helen's creditors. Helen and Mary have obviously given out Karen's phone number.

When all the proper authorities know about the situation and say they can do nothing, what do you do?

Hi Goldie--Obviously, I got really behind in my reading.\r\n\r\nWhat a sad, unfortunate situation. I wondered if you have an update? How is Karen doing? \r\n\r\nKaren is welcome to join us here, if she's comfortable. We all need help setting boundaries so if we can help Karen, we can help ourselves, too.

No real answers to this one, I know. Could we please keep Karen in our thoughts and prayers?

I would tell Karen to change her locks and phone number. It sounds as if these people don't want a caregiver at all. Just someone to exploit and abuse for their own ends. They were her dad's friends? Was her dad okay with being imposed upon and pushed around? Why does Karen feel it's her duty, her job, her obligation to allow this stuff to continue? I'm sure she's a very kind and caring person. But this scenario doesn't sound like caregiving at all. Just abuse. And it can't go on unless she allows it.