An Unexpected Caregiver - Mitzvah and a Blessing

An Unexpected Caregiver - Mitzvah and a Blessing 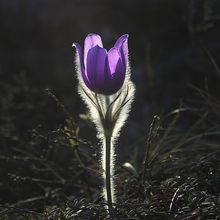 Awhile ago, I wrote a post about a friend of mine, Karen, who suddenly found herself as an unexpected caregiver to her neighbor, Helen, age 84. Karen struggled with this duty as Helen continued to drink and not pay her bills. Helen's car was repossessed, she showed up at Karen's doorstep, insisting her car had been stolen. Then there was more drama with Helen's sister, Mary. This drama will continue and Karen is trying not to be pulled in, a challenge when Mary's social worker stops to ask Karen's advice on what's going on.

But now, the next part of the story -- this last Tuesday, Helen was found dead in her mobile home. The Coroner figured she had died the previous Friday or Saturday. Karen followed the coroner to Mary's house to break the news to her sister. Mary, being the only family Helen had, is too disabled from strokes to be able to physically or mentally take care of all the affairs. So, guess what!

Yup. Karen was asked if she would help get the paperwork together and help make phone calls so they could plan the service and burial and settle Helen's estate. Karen thought about it for awhile and then decided this would be her Mitzvah, her deed for Helen. This decision changed Karen's outlook immediately. She dove in and started making phone calls and yesterday she went into Helen's mobile home to collect any important documents. There were numerous large stacks of papers (seven large bins full when gathered) and she took them home to go through them.

In these bins, she found: Helen's will, information about stocks and investments, family photos dating back to the mid-1800's, and the real treasure trove -- several stacks of papers with music and short stories Helen had written. Some of the stories had been published in magazines. There was an old contract for her music from somewhere in Los Angeles. From a nephew, Karen learned that Helen and Mary's father had abandoned the family when they were young and Helen, as the oldest, went to work and supported the whole family -- at age 14.

Karen's Mitzvah turned into a precious gift, not just the treasures (which her sister didn't want), but the ability to see who this woman had been before she escaped into alcoholism and compulsive gambling.

Wow.\r\n\r\nAmazing. The gift of insight into another is, as you say, such a treasure. I think the treasure will change Karen's memories of Helen. I would imagine they changed Karen, too.