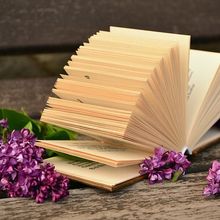 As I'm sure many of you have been feeling the same way, in the midst of our caregiving week, I've been very reflective regarding Father's Day. It's a day when we honor our fathers.  If they're still with us, we spoil them and let them have "their day." And if they've left us here on Earth, we honor their memory.

My dad taught me a lot of things over the years, but I never realized he was teaching me how to be a caregiver. But he did, actually. My Grandpa Boss, his dad, passed away when Dad was 13. He left behind a wife and three sons, Dad being the youngest. My Grandma Dollie was a strong lady; I'm sure it wasn't easy raising three teenage boys alone during the depression. As the years passed and they grew up, the two older boys, Martin and Fred, married. Martin remained local but Fred moved to Richmond, Va.

Dad was still at home helping his mom. He met my mom in 1954. From the time they met, Mom knew that Dad was a "package deal" and his mom was ..... ahem..... part of the package. So, when they moved into their new home as newlyweds, she moved with them. That had to be incredibly hard on Mom, I don't know that I could have done that. But Dad cared for his Mom. By that time she was on up in age and beginning to have some health issues. I can remember when I was small I thought everyone's Grandma lived with them, and thinking that doctors appointments were just a part of after school time. That was teaching.

As the years moved on, when her mobility was compromised due to a broken hip, she had to go live at a nursing facility. Dad always said that was the hardest thing he had ever done--leaving his Mom there. But as a family they decided it was the best solution considering Dad and Mom both worked full-time jobs, and I was still in elementary school.

We lost my grandma several years later but the lessons in caregiving didn't end. Grandma had brothers who needed help with things. Dad always stepped in. Dad did everything from bringing them to the grocery store and out to lunch, to sitting with them so their wives could go to a hair appointment or church meeting.

Then when some of them ended up in the hospital for different things, who picked them up, helped them get settled back at home? You guessed it, Dad. When they had to to nursing facilities to live because they could no longer remain home, who visited on a weekly basis to make sure they were okay, see if they needed anything, and checked on their spouses?

You get the picture.

So when Dad wanted to be at home rather than remain at a nursing facility, so many said, Why? I say WHY NOT? I felt it was just what I was supposed to do. I didn't look at it the big picture of course, because with something you can't put a time frame on it's hard to see forward. But I had been taught since the time I was little that you took care of your family.

I'm so grateful for the lessons he taught me, I don't know that I could be the kind of caregiver I am had it not been for those subtle lessons I received over the years. I don't think he even realized he was teaching me, but he was.

So Happy Father's Day, Daddy! You're my hero, always have been--always will be. He's truly one of the last of a dying breed. I somehow feel I could never do enough for you.

I love this post, Lisa. I thought of my dad as I read this and of all the family members and friends he has helped over the years. \r\n\r\nWhat blessings these life lessons become. We are certainly lucky recipients. :)

That's a beautiful post, Lisa. Thanks for sharing it with us here. How blessed we are to have loved ones like your dad, who see a need and step in to fill it gracefully. So happy for you that he is in your life and you recognize what a good teacher he is.

I totally get this... my family had that same package deal but with a kid thrown in! We keep finding similarities... One of these days we may discover we are related! LOL! Thank you, wonderful post.