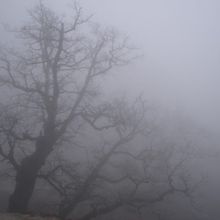 We have been trying very hard to stay calm, cool and collected since Marc's recent release from the hospital. For the most part, I think we both are having a pretty rough time of it.

Before leaving the hospital, we got a couple of scares which turned out to be nothing, thank goodness, but nonetheless, it has us both on edge and waiting for the other shoe to drop.

Marc' s being a trooper, as usual. But I've noticed a considerable change in his attitude and just his general demeanor. Nothing bad. He is just very hands-y, always wants to be close, constantly tells me he loves me, and even told me that he was in awe of me and everything I do for him and he was proud to have me as his wife and glad I was by his side during that very complicated week and hospital stay. He told me he was nervous when he finally did come to and I wasn't there (to which I showed up minutes afterward, I'd left to grab a coffee). I asked him why he was so nervous. He said he thought I had left him. I said, yeah right, after all the work I've done to keep him alive he's not gonna get off that easily.

All of this unknown really takes a strength and courage that I am never quite sure where I get it from. It just shows up when it needs to. Yet, my anxiety and stress is at an all-time high.

I try to keep things light and joke with him but he can tell.

This is all really just a test of our endurance and I feel it wavering at times but I know I can't let him down. If the only thing I can do is be here for him then that's the only thing I can do. I just wish I had the power to do more and make him a lot more comfortable during this stretch of illness than I am able to.

Still no news from the doctors on whether surgery is a go or not. So, that's been an irritation but we are trying to run with the fact that no news is good news. And hopefully, his picc line will be taken out by Thursday or Friday. Yet, I know I will be on the phone my first chance this morning trying to get as much information as possible.

Thank you. Prayers are always welcome :)

Hi Casandra--It sounds to me like Marc is living each moment to its fullest--and you're his moments. :) I love that. \r\n\r\nI read an article today in The New York Times about Post-Traumatic Stress Disorder among parents who's child suffered an injury or serious illness. The article made me think of you because it spoke about how difficult it is for the parents who suffer from PTSD to relax--they literally are waiting for the next crisis. I shared the article on our fan page if you'd like to read it. \r\n\r\nHope the phone calls got you somewhere today.

I am so gllad you gave an update. I am also hoping the picc line will be out this week! It seems like it's just another spot to worry about. You are quite strong and that is what Marc needs from you. I am sure he is thinking of all the things he wants to say so there are no regrets if anything about him changes :) You can continue to be strong, tap into the One who gives strength! I believe you are right where you should be, hang in there! (((hugs)))