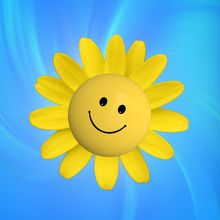 Mom and I were both on the stressed side about going to visit my brother today. According to my sister he had a crappy weekend. Last week they had taken that NG tube out of his nose, which we figured was a move in the right direction. Well I guess it wasn't. All the gastric yuck built up in him and he was absolutely miserable all weekend. He moaned and groaned in his sleep and could not get comfortable. The next day, Monday, they reinserted the NG tube and drained all the yuck. On Monday night, I talked to my sister who gave me that information.

This morning I had had it with going through my sister to see what was going on so I texted my niece Jocelyn, my brother's daughter, and asked for my sister-in-law's phone number so I could text her myself. Jocelyn gave me the number and I text my sister-in-law, identifying myself and telling her that my mom and I wanted to visit with her and my brother but we wanted to make sure they were up for company.  My sister-in-law texted back that my brother had slept very well, he was doing really good and he would love a visit from me and my mom. (That almost gave me a heart attack!! as my SIL and I have never really gotten along.) I told my mom we were on and we start getting ready to go.

Mom and I had a nice ride to the hospital; it's a 40 minute drive. We just enjoy each other's company, like usual. When we got to my brother's room there was a nurse and an aid doing something for him, I don't know what but he was talking around them and waving at us telling us to come in. It was truly a site for sore eyes seeing the joy radiating from him. When the nurse and aid were done and left I pushed my mom over to where my brother was sitting in the chair, I pushed her right up to them so they were knee to knee. My brother gave my mom a big smooch on the lips and grabbed her hands to hold. I leaned over my mom to kiss him on the forehead and he gave me a big smooch on the lips also. I rubbed my hand over his head because he usually shaves bald but his hair has grown in. I could really tell that he's lost weight, he really shows it in his face. His spirits were so good. He told us all about his happening the past few days and he also told us how much better he feels and he can't wait for tomorrow because he gets to try food and he is ready for breakfast. He was talking about bacon and eggs and hash browns. He is hungry and is ready to eat.

I asked about chemo and he said as soon as he's eating they can get ready for his return home then start with the chemo. He said he's ready to get this show on the road. He was funny. It made me feel so good to see him that way.

After we were talked out on him he asked my mom how she's doing. My mom simply said she was doing well. I told my brother that my mom was doing really well, she's been eating good, sleeping good and has even been a little feisty. My brother looked at me and said, "That's because she has the best care provider." I almost lost it. I told him that it really meant a lot to me for him to say that and probably he, my mom and I are the only ones who feel that way. He told my mom that she needs more feisty though. He wanted to know when she gets feisty and who makes her that way. My mom said she wasn't mentioning any names but if he thought about it he could probably guess. We were laughing.

I had my phone by me in my purse and I tried to record parts of the conversation but I don't know how well they turned out, I have to listen to them. I did get the part where my brother said my mom has the best care provider. I hope it's clear enough to understand. It means a lot to me.

My sister-in-law was very pleasant to my mom and I. She joined in our conversations and all in all it was a great visit.  We left after about an hour and a half and Mom and I are both feeling happy about everything today. Such a change.

I used the term care provider because that was what my brother used!

<a href='http://www.caregiving.com/members/lillie/' rel=\"nofollow\">@Lillie</a>, this was heart warming to read. You reached out and it paid off! :)

I have started Voice Memo recordings with Elly, it is so handy. I love that you pushed fears aside and contacted family - it was received well!! Praying for continued peace and healing!

There is nothing like a good day!! I love that you recorded the conversation--such a good idea. I hope the good days continue.

Lillie, I love it when a blog brings a big smile to my lips. What a great day you and your mom had visiting with your brother and SIL. How nice. May you have many more.

So glad for all of you that this is happening. I am thrilled to hear he is feeling more comfortable and encouraged. So much is the result of your decision to let your mother know the truth, and you are accepting it as a family. Such precious memories to make. Thank you for sharing.