And Now We Wait

And Now We Wait 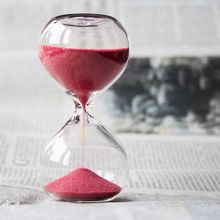 Now it is the waiting game. Waiting for the facility to call with an open space.

We go to the doctor on Wednesday for the assessment. I told the doc not to tell her the real reason we are there, to just play it like it is a regular checkup. I don’t want her to freak out, especially as it could take a month to have a space. We see the neurologist (okay the nurse practitioner) the following week.

What I don’t like is that at first she will have a roommate in the general area, and it could be six months before she can get in to the best (greenhouse) unit. And I have no idea how she will deal with a roommate, other than me she’s never had one. We shared a room when I was growing up as the house only had two bedrooms and Grammy got the other one.

Thing is, right now as fast as she is fading I am not sure she has six months. She isn’t eating enough, isn’t drinking either. Can’t stand or walk. I told the social worker in admissions we need to get in ASAP as I can’t care for her.

Looked in the mirror tonight and I have aged 10 years in the last one.