...And Then the Fears Tell

...And Then the Fears Tell

John Parks-Coleman
So, if you've kept up with my entries, you'll recall that I told you about a fire that we had in our garage and how we dealt with that.  Correction: How we are dealing with that: 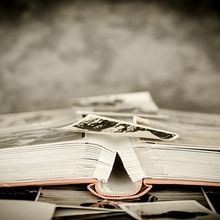 I keep Yvonne updated on everything that goes on in the world, to include what I write in these posts.  Today, while I was preparing an early dinner, I was telling her how good it feels to unload some of what has happened, and to share it with others.  As an example, I highlighted the fact that I had written about the fire in the garage and, how it helped us to keep our minds focused on what is really important:  each other.

Now, there are times when you are having a discussion and, during the course of the conversation, you can lose sight of something right in front of your eyes.  While informing Yvonne that I was learning and sharing a lot of information with my fellow Caregivers, I noticed that she had a questioning look on her face.

"Sweety, what's going on?" I asked, recognizing her facial expression for something is wrong here and more information is needed.

"What are you talking about?" She asked.

The spatula dropped from my hands and hit the floor.  Trying my best to hide my concern, I reached down, picked up the spatula and placed it on the edge of the sink to wash, later.  I put my arms around my Wife and pulled her in close.  I could feel her tears streaming down my arms, dripping onto the top of my feet.

"I'm soooo tired of this!" Yvonne whispered through her tears.

Scooping her up in my arms, I brought her to her "spot" on the sofa.  I cradled her in my lap and rocked her back and forth, kissing away her salty tears.  Holding her as tightly as I could, but consciously aware not to squeeze to hard for fear of aggravating her back.

We sat that way for about thirty minutes.  Bonz rose from his bed, came to Yvonne's feet, gently stood up on his hind legs and began licking her face.  So, there we were, salty tears, kisses, and dog slobber; all mixing together in a puddle of love, frustration, and fear.

A short while later, Yvonne was ready to talk.  She explained, in great detail, her frustration of knowing that something is causing her memory to disappear, event by event and, not knowing what's causing it.  She began listing off the ailments:

"My memory is being erased from my brain, I can't stand on my own anymore, my spine is bending, my back-neck-hips-feet hurt all the time" she paused, "...and, now I can't even write you love notes like I did before!"  She began crying again.  "I want answers, I want to KNOW what the F*** is going on with my body!"  She buried her face in my chest and cried with audible sobs.  I held her and rocked her until she dozed off.

Bonz had long since curled up next to us and, was giving me that look of "Hoomin, what do I do?"  I slowly reached over and gave him a scratch behind his ear.  Rising, slowly, I carried Yvonne up the stairs.  Bonz led the way, he knows what to do.  Carrying Yvonne down the hallway, the door slowly opened as Bonz pushed it open with his nose.  Placing Yvonne on the bed, I stroked her hair.  Soon, she was fast asleep.

I made my way back down the stairs, sat on the sofa; and, my own tears began falling.  Letting myself cry for only a few moments...I suddenly had an idea.  Remember when I told you about the fire?  Do you remember that there was a news crew there?  Before I began writing this post, I contacted them for a copy of the footage.  Once I receive it, I will make some images, and add them to the book that I'm maintaining.  This book has every love note that Yvonne has EVER written for me, every little scrap of paper that she ever stuck in my lunch bag that said ,"I love you, and I hope you have a great day at work."  I've saved every one of them, and placed them in a book.  I've resolved to expand that book to include more photographs and other items that we have picked up along our way.  If her memory is failing her at an ever more alarming rate, I'm going to remember it for her.

I love this headline: And then the fears tell. Wow! I love that she trusts her fears to you. :)

She is so lucky to have you! I am crying right now. I am so grateful for this site............I care for my mother with dementia. Thank you for sharing. That you can be there to comfort and provide security. I come here to have my faith in humanity restored. My family is cold hearts..........I swear they would watch me drown. Symbolically they stand and do nothing as my mother and I drown...........Thank you for sharing your situation and your coping....My mother doesn't know who I am really or where she is. She cannot remember beyond 5 minutes. I wonder why she doesn't cry or be scared. She just giggles and takes it in stride.

I can't possibly imagine what it must be like to lose your anchors. Some days the only thing that gives me comfort and strength is seeing pictures of my husband from 40 years ago, and knowing we held onto each other this long, we will get thru whatever the future brings. You're doing the holding for both of you now; so important, so important......

What a wonderful reminder of even the yucky stuff! That's a wonderful idea and a beautiful love story!