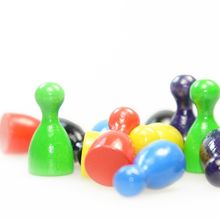 I read The Dance of Anger, about how women have trouble expressing anger and how their anger is often not taken seriously anyway. Mom has always held in anger, and she always taught me to do the same: the things you say can hurt people, and you can't take back the damage you do. I think she got yelled at in anger as a kid and really suffered from it. So I grew up never hearing my parents argue. There was some conflict during my teenage years, but her words were always controlled--she may have punished me or argued with my point of view (liberal politics! freedom to go out with friends!) but she never lashed out. I'm kind of the same. I have a hard time expressing anger and I avoid conflict as much as possible.

Today was awards day at my son's school and when the ceremony was over, parents were told they could take their kids home if they wanted to. My son was thrilled! Two of his best friends (siblings) are home schooled and the wonderful thing about them is that they're so often free. I called and offered to take those two out to lunch with us, and I also invited Mom. We planned to go to a pizza buffet, which she likes, so she happily agreed. But once all three children were in the back seat, their voices were loud, especially the youngest boy. He has a naturally loud voice, and he's several years younger than my son, so he has a little less impulse control. But they're both such sweet and polite children--they were just playing and laughing at each other in the back seat. It made me happy to hear them.

But I could sense right away that Mom was having a hard time. She sighed, she put her hand to her forehead. We had to leave the pizza place before we sat down because it was full of bus-loads of school children. We drove to another more formal restaurant nearby. The meal was okay--the children sat at a separate table.

But the problem was revived on the way home. I kept asking the children to keep their voices down, but it only worked for a few minutes. I dropped Mom off at the house and took the children back out for ice cream. I asked them to wait in the car while I walked Mom inside and she was barely out of earshot when she said, "Those are the loudest, most OBNOXIOUS children I have ever been with. They were just horrible! Their parents must not care at all how they raise them!" Her face and voice were full of anger. It was such a shock to me!

My mom has always had a very special affection for children, and she's always been so good with kids--much moreso than me. And in general she is sweet and loving and tolerant of others. But that is changing. :-( Fortunately I kept all my lecturing in my head because I know that she can't help how much the noise upset her or her angry reaction. But I feel really disturbed by it, almost shaky inside.

How can the person I know be the person who spoke hatefully of these sweet children?