Another Rock to Sink the Boat

Another Rock to Sink the Boat 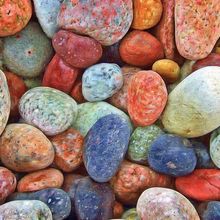 I'm long overdue for giving an update on Dean and I. As I did blog at the end of July, he went to an assisted living center and has been receiving excellent care there since then. I've been able to get better sleep and got a great deal of stress off my shoulders, knowing that nurses will be monitoring him and doing their best to keep him safe. They probably had no idea it would be as challenging as it is, but I'm just glad they were willing to give it a try.

I took him to the pulmonary doctor today, however, and now we have COPD added to his new diagnosis of diabetes. He was a heavy smoker for many of his adult years. Has thankfully quit, as of 17 years ago after the accident, but it must have taken its toll on his lungs. They want him on oxygen a lot more than he's been doing. I'm just glad I'm not the "enforcer" any more. Let those nurses do their magic. It seems like they have as much as or even more influence on him than I did.

Our doctor visit today confirmed my decision about transferring his care out of the home. My own health was going downhill fast, and this new diagnosis would just have been one more rock to sink the boat. Was fortunate he was already on Medicaid, even though it's hard to find a facility that takes Medicaid when you first come on board. (This has gotta' change, folks.)

Another reason I've been out of touch lately is my daughter's family had to move in with me for a short while in September. Well, most of September actually. Two young granddaughters and their parents, plus a Malamute and a tomcat, in our small house would not have been possible if Grandpa Dean was still on the premises. So this was the main reason, I've been scarce lately. Just overwhelmed with family responsibilities and cares.

I will try to stay more involved here though, as I love the caregiving community on this website! We are even posting you on our Nebraska Caregiver Coalition Facebook page.

Will try to be more engaged and blogging here, but have some other editing projects waiting in line too. It's just so nice to "unload" here when I have to. Thanks for all support you give to caregivers!