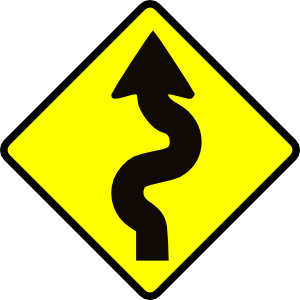 This last week has been insane. We finally both looked at each other and said, "Things are calming down." Then we found out on Tuesday that they will be admitting him to the hospital on Wednesday for another surgery... possibly. Because I've put up a little bit of a fight this time around. I want an explanation of what has been done and needs to be done.

Apparently, there is a lot of swelling on his brain, more than usual. He's been having a lot of memory issues and though it has been weeks since his last seizure (thank goodness), he's still having weird black-out moments that only last seconds. I believe they are some form of seizure still. His speech is slurred and eyesight is double and blurry. He also has developed this weird habit of repeating himself but he doesn't know that he's doing it, which is incredibly scary. So we meet with the neurosurgeon first thing in the morning and they will determine based on that appointment if they proceed.

I am really hoping we can research a medication as an alternative to surgery. I've been doing a lot of personal reading and found that a low dose steroid like Prednisone can reduce swelling (it also helps that I work with pharmacists and nurses who are knowledgeable of about such things). But again, I don't know if there is some reason why they haven't explored this option. Like maybe it interacts with some of the medications he's already on. This is why I want more of discussion before we just toss him into surgery. And this time, since it's neurological, they may have to actually cut open his skull and I remember the last time they did this. He still hasn't recovered from it.

Other than that, I finally got all my days off from back to January approved and future off time-off pre-approved with my leave of absence department at work. At least that is one issue that isn't plaguing me at the moment. Yet, today's news has upset both Marc and myself.

And I get it. It's very hard for him to be sick, constantly. Six months is a long time for you to be unclear of what is going on and if something that is normally fatal to most people is going to yield the same results for you. He understands that he's very lucky that we've gotten this far and he hasn't endured most of the things that a normal patient with this disease would. Still, he is extremely frustrated and upset and I don't even know what to say. At some point I am sure he is tired of hearing me say that everything will be okay and he's going to be fine after this surgery. But, what can I do? We've done the best we can from our ends on making sure he is getting the best care and from here, it's up to his doctors now. We're just along for the ride, I suppose.

I do have more people willing to step up and help. And only a few days into our fundraiser we've received more donations than I even thought we'd receive. I was sure it'd be nothing in the end. So, I am grateful for every little bit because at this point anything helps.

I'm slowly finding ways to get more organized and the only thing left to do is get some consistent help at home and with transportation and I might just be able to get through this in one piece. Yet, we will see what tomorrow brings.