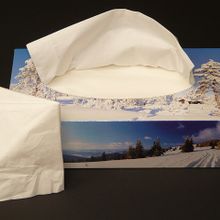 I hate when I get sick--it puts so much pressure on my hubby. I started with a cough on Sunday night' by Monday night I had lost my voice again. Do you know how hard it is to argue with an 89-year-old lady who won't wear her hearing aid? When I talk normal she doesn't hear me. When I can't talk, I have to either write what I'm trying to tell her or bring something to show her what I am trying to tell her. More fun everyday. My cold has turn into a full-blown cold--coughing and running nose. I had to explain at the urgent care DR that I felt like crap and he asked me to explain (I thought oh lordly please tell me he is kidding). He wasn't so I explained. He wrote me so a prescription for some stuff but it hasn't happen yet.

Took Mom to the doctor yesterday and he said she could use her walker and put minimal weight on her right foot. I thought to myself this going to be fun. She been waiting to get out of the wheelchair, so here we go again. Trying to tell her to slow down is like talking to a wall.

I told her that one of my best friend's mother died yesterday. She had lots of problems like my mom in the past two years. My friend's mother was doing well; she lives about hour from her mom. She went down Sunday and went to church with her, she was doing so well. They got in the car and in slow mention she saw her mother fall on the sidewalk; she couldn't get to her fast enough. She fell, broke her nose and her arm.

At first she didn't want to go to the hospital, but my friend there was too much blood not to go. They put a shunt in her head but it failed, they put her on life support till my friend brought her living will up and they took her off the life support. My friend held her mom's hand as she took her last breath. I wasn't answering phone calls yesterday so she left me a voice mail. I immediately called her back she heard my voice and worried about me but I told her I was fine.

After I told Mom this she said she was worried something like might happen to her and I said yes.

I'm really into the 90th birthday party, looks like we might have more then I expect but that is a good thing for my mom.

Hope everyone has a great weekend.