At Some Point, Create a Plan to Avoid Hospitalizations

At Some Point, Create a Plan to Avoid Hospitalizations 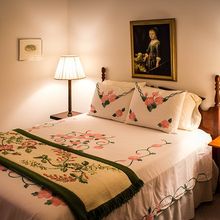 My father's best friend, Richard, died last week. My parents were on vacation so Richard's daughter reached out to me. During our phone conversation, I asked about her father's last weeks.

In early September, Richard fell at home. A son found his father after his father had been laying on the floor for a few hours. They brought him to the emergency room, where he waited for hours to be admitted. Once admitted, he endured more tests to see how far his bone cancer had spread. After one x-ray, the technician actually dropped a piece of equipment on Richard's foot. "What are you trying to do, kill me?" exclaimed a typically mild-mannered Richard.

During most of your caregiving experience, hospitalizations are part of treatment. In the hospital, your caree receives the diagnosis, treatments and sometimes a cure, even if only temporarily. A hospitalization is necessary because it has what you don't have at home to get your caree better.

At some point, though, I think you may want to create a plan to avoid the hospitalizations. I regularly mention a podcast I did a few years ago with Dr. Maison (Making the Most of End-Of-Life) during which he offers this helpful perspective:


I think of my father's friend, Richard, who spent some of his last days in the hospital. The hospitals days were traumatic and upsetting for Richard and his family. What if instead they had created a plan to avoid the hospital? What if they asked the hospice staff, If Dad falls, what can we do rather than go to the hospital? Or, better yet, what if the hospice staff spoke with Richard and his family about the possibility of falls and asked, "How would you like to manage a fall? We can create a plan to keep you at home, Richard." When the fall happened, the family could have called the hospice nurse on staff, who could have visited Richard at home, assessed the situation and then spoken with the doctor to create a treatment plan to keep Richard comfortable.

I wrote earlier this week about a client who cared for her mom at home. (Read "Sometimes, It's Not a Responsibility But an Opportunity.") I wrote about the last meal her mom ate, fed to her by her son-in-law. The next morning, a Tuesday, my client's mom fell and perhaps broke her ankle. My client called the hospice nurse who ensured her mom stayed home, comfortable and out of pain. My client's mom died on Sunday.

My client struggled with the fall. "What could I have done differently?" she asked. "How could I let that happen?" The reality is that falls happen. The reality was that her mom was entering her last days. The fall didn't cause her mom's death. Rather, her mom's body began shutting down and then the fall happened.

The most important reality is that her mom died at home--the long-term goal my client held--rather than in the hospital.