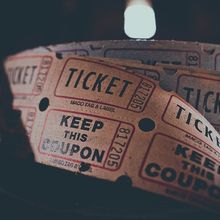 Carol is sleeping noisily , her mouth open.  The dog is asleep on the floor.  My energy is fading so I think I will join them in slumber after I lay out a thread to be continued.


At lunch some time ago, the conversation turned to movies recently watched.  I felt a little envious, and mentioned I hadn't been to see a film since Carol's illness became serious, now about two years ago.

"Why don't you use one of your respite afternoons?" somebody suggested.

I go shopping on one respite afternoon, have lunch out on another, and the third is available for necessary appointments, but also for unplanned, or out of the ordinary events.

Such as going to a movie.

Which I would do alone.  And that gave me pause.

One of the things I look to do during my respite times is to interact with other people since my life is otherwise so confined to me, Carol,and the dog.

So I  have my weekly lunch with my guys, and occasionally when I have time after some other errand I will have a sandwich at the old general store where I can chat with Marci and provide an audience for Jim’s endless store of tales, many of them of the tall variety.

A solo movie trip would be different.   I am alone when I shop.  But that is a chore and involves movement and interaction.  It's true that Carol and I always food shopped together, but I recall eons ago in my first marriage occasionally doing the weekly grocery shopping by myself because doing so happened to fit better into our working schedules.

So doing that now does not feel at all odd.

In a similar fashion, I usually went to my doctor appointments by myself as did Carol before she could no longer manage to do that.

But what I had not done as far back as I can remember is go to the movies alone.  We always went together.

That's the point, of course, we did enjoyable things together.

After a lifetime lived one way, this new idea of attending a movie by myself is both exciting and off-putting.  I guess those competing feelings make a certain amount of sense.

Off-putting because I almost feel I am abandoning Carol to indulge myself in an experience she cannot share.  I realize by any rational standard that is a ridiculous thought.  It is, after all, my respite time.  I should be doing something I enjoy.  That is the point of respite time.  I do have these three time slots each week when I can leave the house and know Carol is being well attended.

Up until now, I have used these slots for purposes that felt necessary and/or right: shopping, lunch with friends, and occasionally work, as in a writing session in the library.

But never in these two years, have I done something for my amusement alone.  In fact, I cannot recall throughout my whole life ever going to any kind of amusement, be it a film, a concert, a sports event, alone.  I may have, but none come to mind.

That recognition explains why the thought of going to this movie by myself offers an element of excitement.  It will be something new.  There is the outside possibility that I might bump into somebody I know.   But more interesting is seeing the world, for a brief period, as an unattached free agent.

Of course, I know that at the deepest level, I dread that state.  But it will be interesting to experience it for  a couple of hours before sliding back into the now very familiar patterns of my caregiving responsibilities.

And so I will embark on this embarrassingly trivial adventure and see how it goes.

Thursday night, after midnight, jazz from KXKN in my ear buds.

This afternoon during my respite time I drove into town, parked my car in the public garage.  Walking from the parking garage to the theater did not seem right.  In downtown Traverse City on an avenue lined with restaurants and shops, almost everybody else was walking with someone.

The only solitary walkers, like myself, seemed to be moving faster as if they were late for an appointment.

Or like me, they had no one to share whatever it was they doing, whether shopping, or dining, or attending to some kind of business..

I found myself picking up my pace to match theirs, even though I was not at all late for the start of the film, which in any event would be preceded by ten or fifteen minutes of coming attractions.

That short walk thrust me into life without Carol.  A small part of me felt a little curiosity, a mix of apprehension but also a bit of excitement as though turning the page into a new chapter.

Having reached the State Theater, I bought one ticket for Redford in The Old Man and the Gun, walked directly in to the candy counter, which seemed a necessary first stop, bought a big bag of M&Ms, corrected the change the volunteer gave me, and then strolled through the doors into the cavernous seating area of this renovated building to a seat in the middle of an otherwise empty row, and settled down, feeling quite strange.

The sparse members of the audience, scattered at significant distances from each other intensified the strangeness.  Redford is an icon, the movie got pretty good reviews, and although this was a weekday afternoon showing, I had expected a larger crowd.  In a more usual movie viewing experience I would be aware, even without conversation, of those around me.  Watching a movie in a theater is essentially a communal affair.  That is part of the fun.

Watching the film, I was engrossed in it as I would have been had Carol been sitting by my side.  As I usually do, I followed the plot and tried to anticipate how it would end.  Would the screenwriters succeed in that difficult task of providing a satisfying conclusion, one that seemed both plausible and meaningful in terms created by the plot?  I imagine other writers of fiction who spend inordinate amounts of time constructing narratives that carry the reader to a good conclusion might also view film narratives this way.  I do pay attention, of course, to the visual elements of film and the acting.  But for me narrative construction is primary.

I was not entirely pleased with this film's ending, but I conceded that given its plot centered on a career criminal's life alternating between heists and imprisonments from which he would escape, spiced by a late life romance, it would be difficult to do much better.

Back onto the street, I hastened to the parking garage.  I had reason to hurry now because I was nearing the end of my respite time. I had told the aide I might run a little late, but I didn't want to abuse the privilege.

In the car, almost without thinking I turned for a moment toward the seat where Carol would be sitting to ask her what she thought of the film.

We always shared out responses, not always agreeing, of course, but happy for the opportunity to bounce our reactions off each other.  Often a good conversation would fill up most of the time on the way home.

I turned on the radio and let music fill the vacuum.