Back to the Beginning

Back to the Beginning 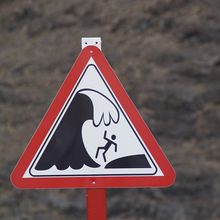 In late-2013 I was finally able -- after years of begging, okay nagging -- to get my mother to realize there was a problem. Got in to see a neurologist in February of 2014 and after about a ba-zillion tests got the diagnosis -- PPA. In May that same year got Mom to agree that power of attorney paperwork was necessary while she could still (barely) sign it.

Because of one -- ONE mind you! -- idiotic insurance company, our attorney had to come to the house tonight with NEW power of attorney paperwork. He had to rewrite the document because although it said I had to the right to "assign" and "transfer" assets because "life insurance" was not specifically mentioned by name they won't accept the paperwork or the transfer of ownership of the policy to the funeral home.

So the prior paperwork signed in 2014 is now null and void.

I have to replace it with the new document. Everywhere.

Back to square one.

Medicaid isn't going to get the paperwork transferring ownership of this policy -- which they claim they need -- in time for Friday's deadline. They were warned. I told them an additional four days wasn't going to cut it. But that's all they gave us... four more days. Moved the deadline from Monday (today) to Friday.

AND THEN... As those of you who have been following along know, we've been fighting with TIAA over $1300.00 and change. Trying to get that rolled over from that retirement account to Mom's present IRA at the local bank. Everyone knows this, the bank, TIAA (the villian), Medicaid, anyone fool enough to ask me how it's going. Really? Did you think I'd say "fine" when you asked that? Anywho, TODAY the local bank says oh, no they can't do an actual rollover into the existing IRA. That you can't add to an IRA. They can open a second account for Mom but she won't be able to access that money for 90 days.

HELLO!!! We need that money to pay for the in-home care. Add that mere $1300 and change to the $2,000 and change in the current IRA and we BARELY have one month's worth of funds to cover in-home care. At the rate it is going with Medicaid we will be out of money LONG before they approve anything.

Still haven't heard jack-diddly-squat from Manulife the company that pays her a $64 dividend every quarter. Medicaid wants income statements from them going back to January 2013. They aren't mailing anything they said until the 15th -- the day before it is due at the Medicaid office. Medicaid's answer to that? Tell them to fax it. Uh-huh, it took three emails and three phone calls to three different companies before I was able to get this far. You idiots want it faxed? Issue a damned subpoena to them -- you did tell me you could do that.

And now... twice in the last 15-20 minutes Mom has gotten out of bed FOR NO REASON and fallen. Twice I have had to pick her dead weight up off the floor as she doesn't even try to help. Need to use the bathroom? No. Need something from the kitchen? No. One more time and I'm going to call 9-1-1.

I don't know what else to do.

Have "friends" telling me she needs to be in a home. Okay. Sure. Fine. WITH WHAT MONEY? No one is going to take her on a "we're waiting for Medicaid to come through but we don't have any money to pay you in the meanwhile" promise.

Back at the beginning with the paperwork. Still on hold with Medicaid. Still fighting.

I don't know how you keep going, except you have to, and you do. Thank you for sharing this impossible situation with us.