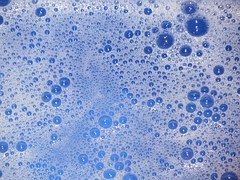 Does this sound familiar?

“Come on, really? You haven’t washed in over two weeks.”

“I’ll make sure the water is nice and warm. I’ll even put the towels in the dryer so they feel good when you get out.”

“People don’t have to take a shower all the time. You think a bath is so great you take one.”

“Who cares about smell? Women smell nice. Men smell like they smell. All my life I work hard.”

“Yes, you did. And after working hard you washed yourself.”

“In the Old Country I took a bath on Saturday night. Had to be clean for church on Sunday. My mother always had the hot water ready.”

Hearing Dad talk about the Saturday night ritual in Italy as he was growing up gave me an idea.

“That’s right,” I said. “Saturday is the day to get clean for church in the morning. I forgot.”

“I remember everything. It’s a good thing I’m here,” he huffed. “I watch the news now.”

Yes, it’s a very good thing you are here,” I replied.

That evening, after helping him eat his dinner I warmed some towels, put the shower seat in place and turned on the water in the shower. Once it was nice and warm I entered Dad’s room.

“It’s Saturday. Time to get cleaned up for church tomorrow. I have the hot water ready.”

“It’s a good thing you didn’t forget," he said. I helped him rise and pull his T-shirt over his head.  "My mother always said, 'Cleanliness is next to Godliness.'”

I said a silent thank you to his long deceased mother for the night before church routine she instilled in him so many years ago.

From that point on whenever her needed a bath or a shower it became a Saturday in our house no matter what the calendar said. And even without going to church the next day, my prayers were answered. Dad was clean again.

Early in his time with us Dad would always take a shower and shave before seeing a doctor. Later, when he began to balk at the Saturday night ritual, I’d tell him his doctor wanted to see him in the morning. Soon after taking a shower he would forget what I’d told him and was content watching television in clean pajamas.

Another caregiver I spoke with told me about someone she cared for who had spent their entire career in the military. Being told an inspection was scheduled for the next day always inspired him to make sure his room and his person would pass muster.

Was there a recurring occasion or event when your family member always wanted to look his or her best? If so, please share it here. It might help you and another caregiver avoid some of the intense stress that often happens at Bath Time in Dementia Land.

Not everything I tried every time worked. However, I really appreciated the times when something did result in even a very small success.

Join me in Chicago where I’ll be presenting at the Third Annual National Caregiving Conference on November 9 and 10.

My dad was the same. For years, he'd only shower before a doctor's appointment. But then he stopped doing even that. We didn't understand that he had dementia until he was gone - just thought he was a grumpy old man. Hahaha! Weird thing is that he rarely smelled bad. I'm not saying he smelled good...but he didn't usually smell bad. I bet that Sunday trick would have worked for him too. Maybe. Doctors could never believe it when they'd ask the question, \"What's his bathing schedule like?\" or \"When was your last shower?\"... that it had literally been more than 3-years! He was blessed with good skin and no problems. And he took \"a spit bath\" most of the time. Funny the things we say and do to allow as much peace as possible to persist.

Bobbi, thanks for the reminder that there are work arounds and every day can be Saturday if we need it to. Cathy

Bobbi, I really like how you found a way to circumvent the dementia-land! There must be some button in all of us that can be triggered to get those daily chores done without an argument or frustration! Thank you for the insight!