Battle of the Bands

Battle of the Bands

0
Billy Joel was my Buddy, my Man, my Soul Train during the first leg of the caregiving journey. Michael Buble carried the torch later on the trail, followed by Oblivion Hymns by Hammock, The Moody Blues, the Beatles. What about them made sense to me at the time, spoke to me, touched my heart, moved me as I've wandered down the road?

Billy Joel has a raw energy in his music. I love his women, I want to BE one of the women he sings about. His appeal must be generational, because my daughter just doesn't get him or his women, or the issues they are facing. I want to be in one of his ballads. I want to be swept away in the bigness of his river. The energy I had at the beginning of this journey, the new emotions I experienced, could I hide in his stories? I realized there was a certain "badness" I felt about leaving my mom with caregivers and not doing it myself. I was being "bad", a slacker who shirked responsibilities,  rebellious, (I was being a "bad girl") and Billy Joel's music channeled that when I didn't recognize it in myself.

There is a smoothness to Michael Buble's music, and always a sense of humor. Even the sad songs (and there aren't many) have no jagged edges, no real surprises. His voice floats on the vowels. He sings joy, happiness, comfort, security, passion. After 2 1/2 years of caregiving,  I was getting tired, lonely; I want waves, moonlight, romance, connection. As with Billy Joel, I purchased the CD's and played them everywhere, day and night.

When I left my mom this summer and went north to see my husband, I played Oblivion Hymns non-stop for three weeks. It had a soulful message about eternity, comfort, yearning, my smallness and Other Bigness. My mom died during that northern visit. Oblivion Hymns will probably always bring that back in my mind.

Back in Florida, I played the Moody Blues non-stop during the preparations for my mom's burial. It may have seemed irreverent, but there was a familiarity to waves of the heart.  The Beatles have been my companions since then. So reliable; their energy, naivete, optimism, and un-pretentiousness underpin my daily activities as I start a new life.

Who have you asked to join you on the journey, and have you ever thought about why? 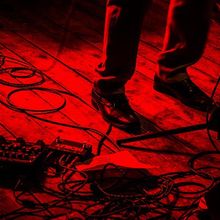 Thanks, Jan! It's been fun to remember these songs!\n

My kids made me a CD at one point and it contained some rather.... off color.. um.. interesting songs, which I listened to in the car when no one else was with me. Songs by Roy Zimmerman, Eric Idle. Well, you can see where my coping level was at!! \n\nI also enjoy the German group, \"The Wise Guys\". One of their songs was on the CD mix from the kids... a German version of Brittney Spears \"Hit me baby one more time\", which really sounds much better in German. https://www.youtube.com/watch?v=QalgT1pNc7Y\n\nThen I went through some bonding time with our younger son and we listened to Welsh language lessons together. At the moment, I really love listening to my granddaughter sing nursery rhymes.

Oh, I love this post! It reminds me to listen to music because I haven't been. And, I need some music!!

Not that I have really given it much thought, but after my dad passed away and my mom was still in rehab, I had the lonely job of cleaning out, packing up and getting their house ready to be placed on the real estate market. I tapped one of my oldest and dearest friends for help one day. Bless her, she took the day off from work and traveled to NH to assist. We packed up the house to the Beatles and the Rolling Stones - bopping and weaving amid boxes and newspaper!