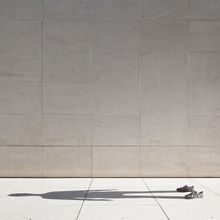 Yesterday was Mike's first meeting with home care to get a new wound care dressing. They are trying a Unna's Boot on his right leg to see if they can get the swelling to go down.

As I had mentioned in my previous post, Mike really wanted me to go with him to this appointment. Due to work, I wasn't able to go and it was probably the best thing for us. I tend to be the one that listens the most to what doctors and nurses are saying and take notes. This time around Mike didn't have me to rely on and had to do this one himself.

He got himself to the appointment and went through the process with only one hiccup. Apparently he's the largest person they've had to treat so their measuring tapes didn't quite go all the way around his foot, but that was quickly resolved.

I know he was worried, but it turned out well and I think it was because I wasn't there.

Chris, Kudos to you and Mike for handling what I imagine was something outside both your comfort zones. That successful appointment would build confidence, too. Well done! :-)