Before I Became a Caregiver or (the last PERFECT DATE)

Before I Became a Caregiver or (the last PERFECT DATE) 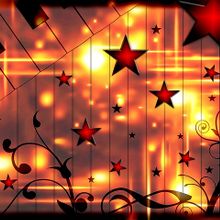 I am still, relatively, new to being a Caregiver.  As we all know, there was a time that existed prior to becoming a Caregiver; whether it was before a condition(s) effected a change on a Family member or patient, or in my case, the chemicals and heavy metals that were in the dust in Iraq took their toll on my Wife/Veteran.  There are many things that I could discuss in this BLOG; however, due to the season(s) that lay before us, I choose to describe to you the last PERFECT date that I had with my Bride, my Wife, my Caree.

It was December 22, 2008; and, we had been married a mere five months.  Although we have known each other for over twelve years and had become best friends during our time during various deployments to Bosnia and through missions passing through Kuwait and Iraq, we finally "sealed the deal" on 22 August 2008.  So, our first Christmas was pretty emotional and would be remembered forever more.

During this particular Christmas season, we had an interesting year.  One Son graduated AIT, and the other went to go and live with his maternal mother (full disclosure, this is my second marriage, but my FIRST BRIDE--more on that in a later forum).  At any rate, this particular holiday season was our FIRST as a Family and I intended on making it memorable.

On December 22, 2008, it was a particularly trying time for my Wife.  Our oldest Son had just graduated from AIT, and had left for Fort Drum, N.Y.  Our younger Son was spending Christmas with his birth mother.  My Wife was feeling full of holiday spirit yet, also slightly empty, due to the nest being empty.  We were stationed at Fort Polk, La; and, if you have ever been there, for a Family, there is not a lot that you can do (if you are single, bars galore).  At any rate, having grown up in the area, I was aware of a particular event that was taking place in Nachitoches, La., during the holiday season, something that (Nach-i-trash) is famous for--their Christmas lights and festival.  Now, I knew that the festival was going on, what I DIDN'T know was that I had planned to cure the empty-nest syndrome on the PERFECT night.  I wish I could take credit for having planned this night, and for knowing that the live band was going to be playing OUR song, but I can't; this was pure dumb luck that payed off in karma giving blessings to both of us on this night.

We drove the forty-five miles to Nachitoches and, as we drove, I explained to Yvonne that every year there was a display of Christmas lights displayed along the riverside.  Having NEVER BEEN THERE, I was kind of throwing a crap shot on how this was going to turn out.  I knew that the lights were being displayed; however, I DIDN'T know what was planned for that evening.  So, after the drive, and the long walk down to the river front; as we entered through the gate to the festival, fire-works began IN A BIG WAY!!!  Yvonne looked at me in awe!  The lights along the river lit up in full festive glory and, her smile grew from ear-to-ear.  A river boat pulled up to the shore and we were offered a ride free of charge. Yvonne looked at me like I planned this whole thing (I WISH I COULD TAKE CREDIT FOR THIS).  We rode along the river and watched the lights and the fireworks overhead.  Blissful holiday celebration!

Later, as we exited the riverboat, a live band was playing and, as we walked closer to them, they began playing OUR song, "We're In This Love Together" by Al Jarreau.  We danced on the elevated dance floor; and, there was a smattering of applause as we finished our dance at song's end.  Later, we did some Christmas shopping along the waterfront, and we made our way to the car.  Along the way, it struck me that my Wife needed a kiss; so, I did what any Husband would do...I grabbed her waist, pulled her close to me, and gave her a deep, passionate kiss.  She laughed, later, as passing cars blew their horns at us; and, cheers flew through the air.

We made it home at approximately midnight.  I won't describe what happened later; since, this is not a romance novel, but it was a beautiful night.

The following morning is when I became her Caregiver as well as her Husband.  I'll write another post about that at a later time.

Beautiful memory! Can't wait to hear more! Thanks for sharing. Hoping you have more sweet memories this holiday season.

Beautiful story! And it certainly emphasizes how unpredictable life is. . .

I was right there with you, John. Looking forward to \"the rest of the story\", and having you keep us company in the future.

Hi--I'm so glad you are blogging!\r\n\r\nWhat a beautiful memory. It's a moment in time, in your marriage and in your lives, that lives forever. \r\n\r\nWishing you and yours a Happy Thanksgiving. I'm grateful you're here with us. :)

Thank you for sharing this memory.