Being Mortal, Being a Family Caregiver

Being Mortal, Being a Family Caregiver 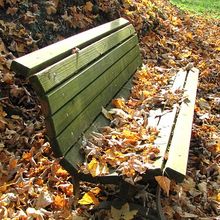 I just finished reading Being Mortal by Dr. Atul Gawande, whose 2010 article in The New Yorker, “Letting Go,” put him on my radar. His article focused on how much we do at end of life which really just ruins end of life. His profile of a patient and her difficult death because of too much treatment also appears in Being Mortal.

We chose Being Mortal for our January Caregiving Book Club because it seemed right up our alley. We, after all, provide care from the time of diagnosis (and often prior to the diagnosis) to the end of our caree's life. We often care for decades, earning our honorary PhD in our caree's care. We are the hub of the health care system, providing all-the-time care while health care professionals, like physicians, provide the once-in-awhile care.

While I found Dr. Gawande's book to be powerful in its honesty, I was disappointed in the lack of discussion of the integral part family caregivers play in the health care system. While he talks of family members of patients, he does not elevate these family members to their true positions--the physician's counterpart.

Dr. Gawande does note “that family has remained the primary alternative.” He talks about having daughters as important when we look to family to care for us. He does not include the statistics about family caregivers that we all know: That almost 67 million family members in the U.S. and almost 5 million in Canada provide care. While women are the majority, a 2012 analysis by the Pew Research Center's Internet and American Life Project found that men may represent as many as 45% of all family caregivers. We know that daughters, sons, spouses, parents, siblings, grandchildren, nieces, nephews and friends provide care.

Pew Research Center released in 2013 that said about 39% of U. S. adults–up from 30% in 2010–care for an adult or child with significant health issues. According to Housing America’s Older Adults Meeting the Needs of an Aging Population from Joint Center for Housing Studies of Harvard University, among individuals aged 80 and over, more than three-quarters live in their own homes.

Valuing the Invaluable: 2011 Update The Growing Contributions and Costs of Family Caregiving, a report from AARP Public Policy Institute, estimates the economic value of family caregivers' unpaid contributions at about $450 billion in 2009, up from an estimated $375 billion in 2007.

According to the report, $450 billion is:


Keep in mind that this figure, the latest available, is from 2009.

Consider this message recently posted from a family caregiver:

“Hospice wants me to start him on liquid morphine. He’s not in physical pain I told them. They said it would open his airway so breathing would be better since he sleeps a lot. My sister said if I give this to him he will pass away in a few days. I’m not ready for him to go, but I know he wants too. He hates living like this as he has always been strong and very independent. He can’t stand the diapers and someone cleaning him up. I love him so much I don’t think I can handle him passing away. I’m so exhausted I’m having a very hard time controlling my emotions. If I’m not with him I’m watching him on the video monitor. I need advice from someone who has been through this. Can someone help me make the right decision. I know I need to pray and ask God what to do but I’m afraid he’ll tell me to let him go.”

Dr. Gawande describes the details of his father's end of life, including a call his mom makes to 911 rather than to hospice. His father remains in the hospital--a place he does not want to be--for a few days before the family takes him home to die. His mother struggles to let go.

At end of our carees' lives, we need ongoing conversations—not one conversation but several--about what to do at home when the dying process begins. We need help coping with our own limits, the limits of only being able to save a caree's life nine times but not ten.

We need doctors to be honest with our carees, if our caree can still be involved in discussions about a prognosis. In our 2014 Annual Family Caregivers survey, respondents said loud and clear, "Give it to us straight!"

Providing closure for family caregivers means that their lives after their carees' deaths continue without additional emotional trauma—the worry about the “what ifs” and not having done enough.

Just as doctors struggle to tell us the truth about our caree's prognosis, we struggle to let go, to be rather than do during our caree's final months. We sometimes can become part of the problem of over-treating because we don't have the knowledge and support we need.

It's on our shoulders. We worry we are failing if we let go. We worry our caree's death will be our fault. Truly, we worry that we will kill our caree.

It's important that physicians recognize their unpaid partners who work tirelessly and without time off to play golf--family caregivers.

Family caregivers are the health care system. Let's talk about what we need. And, then let's give us the help we need.

Agreed! Powerful. We had to make the call for hospice, there was no sense in us continueing tests because SIL can no longer withstand anestesia. It came to the point where hospitalizatiation was hurting rather than helping. Palliative care and hospice are an important resourse so seldom used. It is not a death sentence, it is a sane course of action when invasive treatments can no longer be tolerated. Nobody at the hospital informed us, we asked, and only because I had personal experance with the program. Hospice is not only for the last weeks of life and palliative can be used in any stage in a chronic illness. Drs need to help us decide when it's appropriate to end invasive procedures, not keep going when there is no cure nor hope for a positive result in an effort to placate everyone that they're 'doing something ' sometimes what needs to be done is care and support in a safe environment.