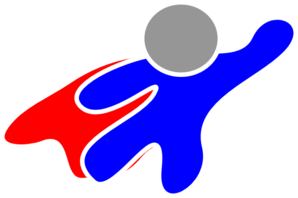 Breaking Ground: I Know My Limits

I am proud of myself! Seriously, I want to scream from the mountain tops how ridiculously awesome I am. And yes, I am tooting my own horn but, guess what? As the saying goes, if you don't think you're awesome, how are you going to convince others of your awesomeness?

Okay, so that isn't exactly the saying but you know the gist.

The reason I am proud of myself is this...

In 2004 when my husband (then boyfriend) had a similar surgery where they had to open his skull and play with his brain (for a lack of better terminology), I had my father with me. He sat by my side, told me jokes, let me sleep on his shoulder, talked smack about my step-father, and flirted with every pretty girl that looked his way and I had my distraction. He was my rock. Therefore, I didn't need to breakdown but I knew I could had I needed to.

When the doctor finally came out of the eight-hour surgery that was originally estimated to take three hours, looking exhausted, I bawled. I mean, I had a complete meltdown. Boo hoo tears, uncontrollable sobs and the doctor looks at me and says, "He's fine, I'm just tired." We all laughed but I seriously read the look on his face to be bad news.

When I saw Marc with staples in his head, I held all the emotion I still felt in for his sake. I wanted to be strong for him. I told him then, like I tell him every surgery since, "You look absolutely beautiful!" And I meant it each time. Because although he sat there drugged, swollen, exhausted and stitched, it was beautiful to see his face, his smile and hear his hoarse, scratchy voice. Then in 2004 when I left him for the night, I broke down in my dad's car, over the phone with my mom and cried myself to sleep that night.

These last five surgeries I have been completely and utterly alone. Having recently lost my father and then immediately having to deal with Marc's illness broke me inside, no matter how solid I seemed on the outside. I just could not and cannot stand to lose one more person I care about right now. It has been one year since my father passed away and was only six months after he passed that all this began with Marc. I hadn't fully grieved one thing when I had to begin to juggle another.

After this fifth surgery, I lost it. So much uncertainty and fear. I handled everything involving Marc with kid gloves so he didn't suspect I was flailing. Yet, Monday morning on my way to work this week (after having taken the previous week off to deal with Marc and his surgery), I suffered a severe panic attack.

I used to get these all of the time when my dad first got sick and then they subsided until he got noticeably sicker. I had finally broke. My hairline fracture in my armor cracked further until it came tumbling down around me and I was frozen. I came home, called out of work, climbed back in bed. I told my husband, "I've got cramps." He looked at me sideways knowing this has never stopped me from working before and let it go. But Monday turned into Tuesday, and Wednesday, now Thursday. Tuesday night I had the mother of all panic attacks and after the fog and haze cleared and Marc understood what was going on, he says, "What do WE need to do to help you be okay again?"

What can you do? I thought. I am the one taking care of you. You can't possibly help me. This was all internal; outwardly I responded, "I need help."

So, I remembered a family friend who had offered her counseling services, I looked her up and she got me in immediately. I looked her in the eye and said, "I am not crazy. I am tired... Emotionally, physically, spiritually, and mentally, I am tired. I need a break and I need it NOW."

I am used to being Captain Fix-it. Able to multitask in a single bound, the ability to carry a smile wherever I go, and to never question "why." But my superhero powers have faded.

Don't get me wrong. I realized I needed help and I have received some help, physically. Yet, mentally, I was still carrying the mother load on my shoulders and I needed to drop the load. I needed to cleanse myself of the burden I'd placed there. I wasn't trying to be a martyr but I was trying to be the hero.

What I have learned is that in this journey, it's not for me to be the hero. It's for someone else to be OUR hero. And I openly accept that and that is why I bask in my awesomeness  I didn't need years of therapy to figure it out, though I have scheduled out months of appointments because talking to someone outside of the situation, face-to-face just helps, but I only needed that one solitary moment where I allowed myself to admit MY TRUTH about this entire situation to put me back on a path of clarity.

We now have a solid, more realistic plan for me to juggle work and home and just the thought of it working out is rocking my world. So, I am Lil' Miss Positive but even Lil' Miss Positive needs to be able to just say, "No more!" As negative as it may sound, trust me, knowing your limits and verbalizing them is a VERY positive thing.