Breathless (This one's for you, Mike)

Breathless (This one's for you, Mike) 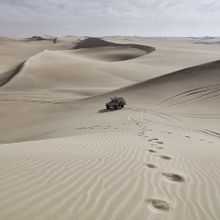 (I mentioned during one of our evening chat's that I had written the blog I am going to post here and one of our fellow travelers on this journey of caregiving asked that I post it and so here it is for what it is worth.)

The little girl squatted near to the ground with her head bent over as she stared at the earth directly under her nose. She held her breath. She waited for one grain of sand to move near the entrance of a tiny hole in the sand.  Earlier she had stuck her small wood stick into the hole while singing the doodlebug song. Now she waited. It was the doodlebug's time to play the game and come up through the hole in the ground pushing a grain of sand to the side as it emerged. The emergence was the sole reason for the stick and the song.

The little girl rocked back on her knees feeling a tingling and the beginning of discomfort from squatting. Her hope of seeing a doodlebug was fading when she noticed, a little to the side of the hole, a small ant carrying a tiny twig while moving at a fast clip up and over miniscule obstacles in the sand. At his size and with the weight of his cargo there were a great many obstacles. He zigged and zagged around first one and then the other piece of leaf, pebble and tiny trenches crossing his path.

The journey of the ant fascinated the little girl. She forgot about the doodlebug. The tiny ant claimed all of her attention.

As the little girl watched the ant she struggled with the temptation to interfere with his journey. She fought the urge to confuse him with larger objects or to move him off his path with a small twig. The ant, unaware that his plans were at the whimsy of a huge being squatted near his path, continued on with his cargo of a tiny twig firmly in his grasp.

The child moved her body around relieving pressure from her legs without losing sight of the lone ant.

She became fascinated at the determination and tenacity of the little soldier ant. He seemed to be on a solitary mission. Moments passed as he toiled away and she cheered him on finding delight in his conquests and anxiety as he worked through yet another barrier. Many moments passed this way until the little girl heard her mother calling for her.

Mouthing silent encouragements to the ant she stood and turned to leave.

Seconds later the doodlebug pushed a grain of sand out of the small hole in the ground. He pulled himself up onto the flat ground. Strange, he thought to himself, he could have sworn he heard someone singing the doodlebug song accompanied by the swishing of a small stick in the entrance of his home. He sighed a little in frustration at the effort it took for him to answer the doodlebug call. Turning, he began the journey into the safety of the sand pulling a small grain of sand in behind him.

Meanwhile, the ant continued negotiating his way over and through a tangled mass of detritus. He did not think of the struggle. He thought no further than the challenge in front of him. Oblivious to anything outside of his mission he soldiered on with his tiny twig grasped tightly to himself.

Thank you for posting this Lark! I enjoyed the story very much... well-told, and I can certainly relate. Like you implied in one of our chats, I believe this group was destined to meet. You're a good friend and a continual inspiration for all of us... and your kindhearted actions are a prime example of how effective this forum can be :)

Such a good story and so representative of caregiving journey. Thank you for reposting and for honoring Mike in his journey.