Brother Where Were You?

Brother Where Were You? 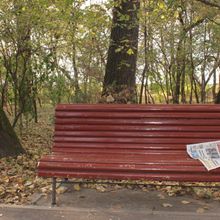 Now you make contact before it’s too late.
Your interest is what you’ll get in the estate.
You want your percent that you feel you are due.
You’ve sat back in silence waiting for it to accrue.
You were not willing to participate when you could have tried.
You made no initiative to be by their side.
You see me as wrong for giving them care.
You don’t send me thoughts or even a prayer.
Because of your distance it’s you they forget.
But after they’re gone will you live with regret?
Will you stay up at night rethinking your shoulds?
Because I will sleep soundly knowing I did the best that I could.

We could do the fill in the blank version, couldn't we? UGH

Aww, sorry to hear that. It comes up quite often in a caregiver support group I attend. I hope it helps.

Wow. Sadly, such a true picture that too many of us experience. Powerful.