Bye-bye Bro and the Big Let Down

Bye-bye Bro and the Big Let Down 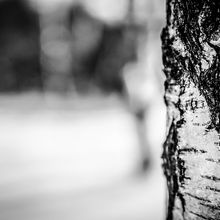 The time finally came for my brother to return to his home, job and life some 750 miles from our father, for whom we've cared for these past six months. For the past few weeks I've seen him staring at Dad from afar with a forlorn look. I could tell that he'd would much rather remain so Dad's recovery and care would be conducted the right way.

The weekend he was supposed to leave, I'd hoped he, my sister and myself could get together and have a conversation about moving forward. Winter weather prevented that from happening. My sister, some 100 miles north, was snowed in. My brother was driving home so he postponed his departure until Tuesday and told me there was no need to rush back from my weekly Thursday to Sunday respite. Marvelous! I would have been returning early for this would-be meeting, but ended up with an extra day!

Brother leaves in the wee hours so he came to say goodbye to Mom and me before he went to sleep. His last words were dry, but I sensed a bit of emotion. He gave Mom a kiss, and me a handshake. My mom asked a few questions, then he repeated the kiss/handshake ritual again, and informed us that his first visit would be in early February. Pre-stroke, he'd usually stay for a week. I'm not sure how long this visit will be. Him returning monthly would be great. I have not been home for a weeks time since the stroke.

The following days were great, but the nights were busy. Dad would get up for his usual bathroom visits, but due to his dementia he was awaken by dreams he'd swear were reality, and a quest for his wife (that'll have to be another blog). My sister texted and asked if I needed her to be at our folks' from Thursday until Sunday. Since I had returned on Monday, I didn't want to be greedy, so I told her Friday to Sunday would be fine.

Thursday evening, while so ready to head home, my sister texts me asking if I could talk. She called to tell me that she had the flu and could not come relieve me. I love my sister, but I was crushed. I know she couldn't help it, but she herself admitted she should have given me a heads up since she'd been ill for three days. She was hoping that she'd be well enough by Friday, but she would have still been contagious.

So here I am, seven days in taking care of Dad (and Mom) alone. Three to go.

Hi BeccaB, we're doing okay. I'm still here. I will be for another two days. Sis is still a bit icky and her doc says she's still contagious (last thing WE needs is to get sick). He wants her to get blood work and X-ray to rule out pneumonia. Plus she had a meeting at work. Not sure this new schedule is going to work well for her.