The Captain's Ship Has Sailed

The Captain's Ship Has Sailed 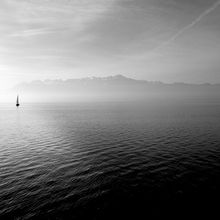 In my "Remote Control" blog, I talked about how my dad had handed over control to me. I now know that I was wrong. He gave me control of the things that he could not do, and things that would reassure me later that I had helped him, but ultimately, he was still in control. A good Captain never leaves his post.

Dad passed away peacefully, yet very unexpectedly, last night at the hospital. Even the doctors were shocked. He was admitted on Saturday due to being somewhat dehydrated and showing symptoms of a slight infection--a couple of days of IV fluids and antibiotics and he should be okay. With the hospital being conveniently 10 minutes from my house, I split my time between staying with him and trying to keep things at home running somewhat normally. That worked fine Saturday and going into Sunday morning, however, as Sunday progressed, he was sleeping a lot and becoming less responsive to my voice. Around 6 p.m., I decided to leave for a couple of hours to make dinner for my family and to get things in order for the start of the week. Before I left his room, I woke him up to tell him I would be back at 9 p.m. He groggily responded, "Okay, honey, I love you" and drifted back to sleep.

When I was driving back to the hospital after dinner, my mind randomly began to fill with several things that he had said and done over the past couple of weeks. I suddenly had complete clarity--he was about to leave me. He had spent the past week and a half preparing himself and me for the next step in his--our--journey. I hurried into his room promptly at 9, and woke him up so he would know I was there. He reached for me and pulled me to him into a hug, and mumbled some words that I could not understand. I told him I loved him and was so glad he had agreed to move to be near me. He held me for a long minute and slowly his grasp loosened and he drifted back to sleep. From that point on, his blood pressure and heart rate slowly dropped, despite the actions of the nurses. Within an hour, he was gone. Clearly, he had waited for me. He did not want to do this alone, and he did not want me to think that I had not been there for him. We were in this journey together, to the point where it was time to separate.

I never cry, and today I simply cannot stop crying. I am selfishly sad--I wanted more time. But mostly, I cry because I am overwhelmed by his love for me. After Mom passed away three and a half years ago, he struggled to find his new purpose in life. Then came the injury and illness, hospital stay and rehab. Then finally an exciting new adventure was presented to him, to come to Texas to be near me. He eagerly agreed. At first, things were great--he liked the facility, the food, his new friends, the time with me. After a couple of weeks, however, he began to recognize that many of the same constraints he had back in Illinois existed here.. He can no longer drive, can't live independently, can't cook for himself, can't just go down to the corner store for "cigarettes and ceramics" (I guess we'll never know what that means!). He then began experiencing confusion, and in addition to his mind slipping, his body was starting to give up on him, too, sometimes causing him embarrassments that were probably impossible for him to accept. He told me time and time again he did not want to be a burden to me. Despite my continuing to tell him he would never be a burden, I know he was convinced it would happen. Captains don't like to relinquish control, and they do not like to feel weak.

I remember that around this time he started asking me all kinds of questions about "me." My financial security, the stability of my marriage, the maturity that is being demonstrated by my 18-year-old son, the fierce independence and strength of my 14-year-old daughter. As I replay those conversations, what I thought was merely conversation I now know was actually him making an assessment: Will she be okay if I am not here to help her? Is she loved and protected? Is it okay for me to move on, to be whole again, to see my wife again, my siblings, my old friends, my beloved pets, my ship? Is she ready to do this on her own?

He decided I was ready. And he remained in control.

Thank you all for the kind words. This went so much faster than I expected - he just moved here a month ago!! But he didn't suffer, and he used the time to come to peace. My grief will slowly fade and I will be able to focus more on the many blessings that occurred throughout our time together. I will definitely be sharing more posts - oh the thoughts that keep running through my mind! Thanks again, you are one of the many blessings that have come to be.

TBD, I am so sorry for your loss. I think my dad would have enjoyed your Captain, maybe they will meet on the sea of heaven. You are such a wonderful daughter and I love how he tenderly took \"care\" of you as you took care of him. So glad you were there with him, I know you will take comfort in that as I take comfort knowing I was with my mom when she passed. Like Jean and the other \"after caregivers\" here, I hope you will stay and continue your journey with us.

Oh TBD...I am sorry for your loss...my thoughts and prayers go out to you and your family .

I am so sorry for your loss. I know exactly how it feels to do everything to make them comfortable and finally get them settled just to have them leave. Your blogs have been so helpful, please know we are all here to support you to your new journey.