Professor Cob
(Editor's Note: We welcome Professor Cob to our blogging team today. Feel free to connect with the Professor on her profile page: @lindacobourn.) 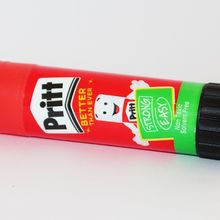 “I'm rubber, you're glue, whatever you say bounces off me and sticks to you.”

My father-in-law blamed me. It was unreasonable, hurled out of frustration while we stood in the trauma unit, waiting to see if my husband would survive. I was thirty miles away in a graduate class when the driver of the pick-up truck broadsided Ron’s Taurus, but the reproach stayed with me for seventeen years.

Guilt is a common emotion for those who find themselves in the position of caregiver. The 2015 State of Caregiving Report noted that 81% of spousal caregivers feel guilty, making guilt the #1 emotional trap. We think we should do it all without complaint and we become frustrated with ourselves because we can’t. We punish ourselves for just being human.  I beat myself up for an accident I did not cause, questioning every decision I made concerning my husband’s care. Yes, I agreed to the emergency surgery and it damaged his heart. My fault. Yes, I let him be put into the rehab unit where his slippers were misplaced and he caught pneumonia. My fault.   I even had occasional thoughts that it might have been better if Ron had not survived the accident.

That thought stuck on with Gorilla Glue.

But God is a solvent to even the strongest of adhesives. I began to search the Scriptures for a way to dislodge my self-reproach. One day, I was led to this verse in Joshua 5:9:

This day have I rolled away the reproach of Egypt from you.

The Israelites had been so beaten down by 430 years of slavery they no longer believed God could love them. Before they entered the Promised Land, God told them that the shame they carried was rolled off them. They were not stuck with the reproach of Egypt. They could stop being walking glue sticks.

So could I. It took time, prayer, and counsel from friends to realize that the guilt I bore was irrational. I held myself responsible for things that were not my responsibility. God had forgiven my shortcomings; I needed to forgive myself. I needed to learn to be more like rubber, repelling thoughtless remarks.

Just the other day, someone ventured to criticize a decision I’d made for my husband’s well-being. I just let it bounce off me.

Because it really is better to be rubber.