Caregiving "Back in the Day"

Caregiving "Back in the Day" 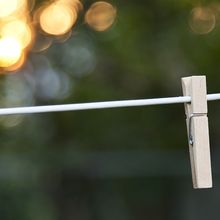 Or, a conversation with Grandma.

Grandma was born in 1920, the first of 8 kids, 7 of whom lived to adulthood. When she was about 5 or 6 years old, her dad brought his mom home to live. She was recently widowed, and at age 49 was considered too old and helpless to live alone. She lived in a room on the ground floor which was converted into a bedroom, because her knees couldn't take the stairs every day.

When my grandma was joined by a little sister, then a brother, her grandmother helped look after the three of them. Everyone in the family old enough to do so was expected to help her as needed -- lifting, carrying, fetching, whatever. When she was tired or unwell, the kids had to play outside, and keep quiet while doing so. Her daughter-in-law was the one to help her dress, wash, get seen by a doctor (this often meant sending my grandma to ask him to make a house call. No phone, you see). My great-grandmother was her mother-in-law's primary caregiver. And she hadn't even been asked, or even notified beforehand! Her husband told her how it was going to be, and that was that.

This arrangement worked fairly well for some years. Or so Grandma says. Her own mom might have felt differently. Then, when Grandma was about 13 or 14, one of her little brothers dislocated a shoulder while playing outside (Grandma says, he tried to jump to the ground from a tree) She was sent to get the doctor -- still no phone -- and he fixed the child's arm, set it in a sling, and dosed him with a dollop of laudanum. While he did so, the old lady exclaimed, "Oh, my head!", and nearly fell on the floor. (All of this occurred in the parlor downstairs.) The doctor and her daughter-in-law helped her into her own room to lie down. The doctor also gave her some laudanum also and promised to return later that afternoon to check on the child and his grandmother both.

The little boy was okay but the old lady (who was only in her mid-fifties, but considered old) never woke up. She apparently had a stroke, and died of it that very day. No 911 calls, no EMTs, no rush to the ER. She got seriously ill, received what help there was to be had, and then she died.

Apparently, this was a fairly common scenario. An elderly person would fall and break a hip, or develop pneumonia, or have a stroke. And anywhere from a few hours to a couple of months later, they were gone. The work of caregiving was very physically demanding -- laundry alone would have been horrendous, given that adult diapers as we know them did not exist and electric washers and dryers were luxuries many people, including Grandma's family, couldn't afford. But nearly everyone in the household had some part to play in the caregiving. And while it was no doubt stressful, it generally did not last for nearly as long as it does now. People got sick, and then they died. No long stays in rehab, followed by years living bedridden, or in a wheelchair, at home. No repeated hospitalizations, no  multiple trips to multiple doctors to get multiple drugs prescribed.

Very, very different from how it is now. Whether it is better now, or worse, is not a question I can answer.

It certainly was different and I've often thought about this too. In essence, caregiving was just part of life and fell on the woman of the house and children.

Thank you so much for this post, Desiree. \r\n\r\nI've often wondered which is better -- how it was or how it is. I can't say, either. Today's system certainly has so many challenges and we face so many difficult decisions about treatments (how much, how long). We also have amazing medical advances that often do improve our quality of life as we age. The simplicity of the past certainly has its blessings, though. \r\n\r\nI do think I'll give thanks to the washer and dryer today. :)