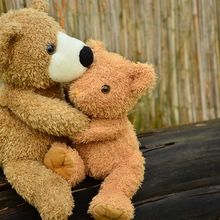 (Editor's Note: We welcome Christine, who cares for her mom, to our blogging team. Be sure to connect with her on her profile page: @peacewishdream.)

I guess I could say I have a lot of experience. My father was sick my whole life. I never knew why until I was an adult, he was an army guinea pig for the government and put into mustard gas chambers in Edgewood Arsenal in Maryland. Following my dad was my sister who  passed from breast cancer at age 47. But at least with dad and my sister, my mom was there and she was a hard worker and rock.

After my dad passed, my mom got sick, really sick. She had diabetes, thyroid and COPD and they all escalated. She also had cataracts, which she had surgery for and wound up with macular degeneration underneath the cataracts which activated with surgery. Just two weeks after my dad died, Mom was told she would be going legally blind. We were so stressed with no help despite having family! Mom wound up sick with pneumonia and while in the hospital her breast began to bleed. Skip a month later to finding out she had two kinds of breast cancer which a mastectomy and lumpectomy followed at age 81. Again I was the only one there for her despite having two healthy strapping brothers. Getting through the next years were hard, the house had constant issues, I have health issues, and Mom was having problems with diabetes, thyroid, copd, and neuropathy.

This past fall, Mom ran a fever for 69 days, the doctors SHOULD have admitted her but did not, they did tests, saw high white count shoved antibiotics at her. Finally fever was 102-103 and she doubled over in pain. Getting to the hospital the ER did tests and said she was very sick -- two big abscesses in and on colon, she was in the hospital 79 days. After 30 of just stabilizing her (she was septic), she had a colostomy done, a permanent one, at age 87. Following this the doctor told me, "Her skin is like cottage cheese, it will never heal." You'd think the doctor would have reinforced the surgical incision. NOOO, so it broke. Mom had the surgery March 25, 2016, which was Good Friday. She was up Easter Sunday in PT (already!) and the incision oozed air and broke. She another surgery followed by pneumonia, followed by a heart issues, massive fluid amounts, followed by of course being ICU on respirator weeks. It was very stressful with me signing for this and that, phone calls in middle of night for things going wrong and an unpleasant doctor almost harassing me. FINALLY, she got better, in a regular room, and on to rehab then home. Rehab for 26 days, then home but unfortunately for me as we left rehab the nurse pushing Mom's oxygen and wheelchair suddenly shoved the tank behind her hitting my feet and causing me a bad fall.

So we had visiting nurses, PT, OT, ect and have graduated to where I'm on my own with her.

Amazing! ...and scary! You have endured and achieved so much and it seems you have been successful. I'm new at this. I hope, if it came down to it, I could do it alone. Welcome! We look forward to hearing more or your experiences.

I'm amazed at your resilience through all this. You have not just had bumps in the road. You've been navigating some craters there, and yet you are still navigating to your destination, which is trying to ensure quality care for your mom. My mom was blind also her last few years of life. We could not leave her alone in the hospital for a second. I was fortunate to have a sister to share bedside duties, and it really was a godsend. Never underestimate yourself, but don't overextend yourself either. Blog, do whatever it takes, to keep your body and mind healthy. You need to be, so you can be there for your mom.

Welcome Christine!! I'm so glad you are blogging! I have found blogging to be helpful in many ways--it's a great way to let it go and it's a wonderful way to gain a perspective. I figure it out when I blog. :)\r\n\r\nYou sound so resilient! You and your mom have been through so much and yet you endure. Please keep writing--I look forward to reading more of your story.