0
(Editor's Note: We welcome Shirley, who cares for her husband, to our blogging. You can connect with her on her profile page: @coffey2goaol-com.) 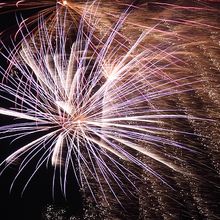 My husband went into have a knee replacement in March 2013 and came out of surgery needing oxygen 24/7. What was supposed to be a three day hospital stay ended up to be 81 days in hospitals, a rehab center and an a long-term acute care hospital. I guess you never know what to expect when you go in for elective surgery. We sure never expected this life changing illness, idiopathic pulmonary fibrosis. We expected a few months of therapy and back to life before the knee problem.

It's almost 16 months later and our lives have changed beyond anything we could have imagine. My husband is still using a walker and will always need supplemental oxygen. There is no cure for what he has; his condition is one that is fatal. I think what scares me more then anything is not knowing what is down the road. One day at a time is all we can deal with and every day has new challenges and struggles.

If someone were to ever tell me 16 months ago that my husband's family would be so uncaring and self centered I would have never believed it. It's seems the more ill he becomes the less they bother. I'm not sure if it's me or if it's because they can't deal with the fact he has pulmonary fibrosis. I am his second wife; we have been married 20 years. He was divorced 42 years and before he became ill I thought we all got alone great. Boy was I mistaken.

He has a daughter who hasn't called since last July 21, who only came to see him times times in 81 days, a son who sends a text now and then ("have my father call me"). His last text was Christmas Eve. The third son spends most of his calls telling my very ill husband he should be calling everyone every day until he gets them on the phone. My husband has early dementia also due to pulmonary fibrosis and would rather nap then pick up the phone and make calls. Not one of his kids, all over 50 years of age, have ever offered to help in anyway.

Only one son has been to visit; he comes about once a month since my husband came home in June of 2013. Before all this, my step-daughter called me her second mother and the family seemed close. I guess you never know until someone becomes ill--in our case, someone with a fatal condition--how they will handle it!

It was a crazy week last week. We lost our power in our condo because a transformer was struck by lightening. It caused three more to blow out. Since my husband is on oxygen 24/7 we had to leave and go to a hotel. But in order to get my husband out of the building, the EMT's had to chairlift him down three flights of stairs in the dark, then they had to carry a very heavy oxygen concentrator down to my car. I had to take the luggage, extra oxygen and his walker down a dark stairway using a small flashlight to try to light my way.

The hotel also had a little problem with some electronics due to the power problems in our area. They couldn't make a room key until the next day; the front desk girl told me to use the trash can to stop the door from locking. While I was getting settled with ice, water and soda for the room I tripped over the trash can and fell into the hallway. All night my wrist, neck and back were killing me and still are! On Sunday night we finally returned home and I finally got a chance to go to Urgent Care. My wrist is sprained--thank heavens it wasn't broken!

I'm now trying to catch up on everything at home. I had to throw out all of our food in the refrigerator and go food shopping, plus start my husband back to therapy.

I am so glad the Fourth of July weekend is over!!

I thought I made it clear when I told him Monday, Wednesday and Fridays when my husband has therapy aren't good days for a visit. My husbands son who when he calls he will ask my husband I would like to come for a short visit next Monday do you think you will be to tired for company, since this is his son and of course he is happy to see him he says no I will be fine, keep in mind my husband has early dementia plus why would someone ask how do you think you might feel five days down the road , although I have told him the days he has therapy we are tired, it takes a lot to get him up and ready there and back everything is a struggle for my husband and I get tired too. He really upsets me \r\nhis son goes behind my back to make these plans most although I have never said he couldn't come except I requested him not to come on those days. I thought when he sent a text asking me which day was good Monday or Tuesday , I texted back Tuesday I thought it was my option ,when he said he was only coming for a half hour and stayed almost three hours he had to know we didn't have our dinner when he comes at 6:30 when we just got up. He'd never take in to consideration I might be tired for company and my husband would never admit to his son he's tired. I guess I need to be more firm or maybe I should have listen to my husband and not answered the door when he said that I knew he was tired I just felt bad that his son , grandson and his grandsons fiancé were outside in the heat and they drove over 30 minutes to come see him.

Oh my, Shirley! You do need to protect those days when you just can't take a visitor no matter how \"easy\" they think they are!! If the Grandson was really concerned, he would have called 911 but he didn't?? Well, anyway, one of the things I think I hear from my husband that might apply here is: Be VERY CLEAR and say No, You can't come Mondays at all. If you want to come, come on Tuesday (or insert) day and time. Please call me before you come so we can be ready. My AwesomeHubby is a stickler for words and that is what he would say :) You have so much going on and deserve to be tired and have your rest!!! Glad you are sharing your story with us!

My point about the last message was don't I have any say on who comes and when they come when I am caring for my husband 24/7 without any help from them aren't I allowed to be tired??

Hi Shirley,\r\nSo sorry to hear about your ordeal. I've been caring for my husband for close to 13 yrs and I'm going through the same situation with family members. It is so sad that when you need the family the most, they abandon you. Your courage and strenght are incredible. Thank you for sharing your story.

Thank you for your support , how is your mom's cousin now , you never know when you go in for surgery what can go wrong it\"s very scary just to think what could go wrong .\r\n\r\nShirley