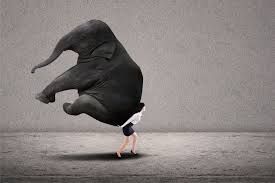 It's been so, so difficult back here, in not so sunny Portugal... Me, Mum, Dad, Kids, Boyfriend... Sometimes it all seems to happen at the same time.

We've been living on a roller coaster, lately: ;)

- I haven't had time to take care of my own health (the breast lumps and the whatever in my uterus; I have a mammography to do at the end of this month);

- Boyfriend (Rui) has been having chest pains and has high cholesterol.

- My daughter (17 years old), we don't know what causes it, but she's been losing alot of hair and she has some cysts in her ovaries.

- My son (15 years old) has been having it worse with his mouth ulcers. The doctor wants him to do an endoscopy and a colonoscopy.

- Mum had a terrible kidney infection. She's been in and out of hospital, now has a cyst in one of her kidneys, and had a small stroke, leaving her left leg quite numb.

- Dad - well, besides the heart condition, the dementia, the respiratory insufficiency and the blindness, he's been having small strokes, rendering more and more dependent.

Countless sleepless nights, hospitals, doctors, taking care of everyone - Rui and the Kids help as much as possíble - well, it's been hard!

"Things" don't really work in Portugal; help is getting rare. More and more things are paid for; I'm not working; just taking care of everyone; making and selling some cookies, craftswork. The problem is that people buy less and less, and life is getting so expensive.

Still, I have help from the home nursing service, both for Mum and Dad. Dad's been "given" an articulated bed by the social services. He's not always in bed, just during the night and around two hours after lunch.

It's just that most people think my life is empty. Really?! I wish it was a bit more. There's always so much to do, and so little time. I mean, helping Mum and Dad with their meals, alone takes over an hour each time.

I'm using Penroses on Dad (do you know what they are?). 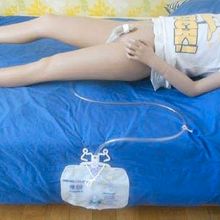 I prefer it to catheter, which brings around infections. Me or the ladies from home nursing change it every day. Dad no longer asks to use the toilet. Just the Penrose and diapers.

Some eschars have been trying to creep in on him, but we've managed to control them: protein supplements, skin hydration, a good daily hygiene (morning and night).

He really missed Mum while she was in the hospital. He had several small strokes then. His medication was changed, and the strokes seemed to calm down, a bit. Last stroke was last Sunday. But the hospital always sends him home the next day after putting him on a drip for a few hours, and doing some exams and analyses.

Now, with the kids and Rui also having health problems, well it's became a little more complicated.

I wish I did have a brother or sister...

Dropped by, just to get it all off my chest.

Sincerely hope all of you are doing better!

Hi, Denise and Elly.\r\n\r\nIt's a cycle... Dad's on and off all the time. He had another small stroke today. And \"that\" with the dementhia... well. He's been babbling non-stop since 2 o'clock in the morning. Really non-stop. And he's been a bit aggressive with Mum today: words.\r\n\r\nI did go to my doctor last Friday. He told me off. Almost put me over his knees... Told me to get my exams done, ASAP. Also put me on Prozac. I've been calmer... sometimes I'd get over excited, and find myself almost screaming at everyone. \r\n\r\nThe part about the empty life, sort of triggers me... I feel this urge to help! I need to spread out... There was this elderly lady - 80 something years old - at the hospital with my Mum. She came from a nursing home. She was almost dead when she arrived at the hospital. She was so sweet. Didn't get any visitors. Also babbled alot, wanting to go home because she \"hadn't told her Mum she was going out\"... \r\n\r\nThe nurses weren't very kind, which really set me off. They'd stuff 5 enormous pills in her mouth, all in one go, and almost drown her in water to get her to swallow. But she couldn't. They'd leave her with the pills in her mouth. I'd go up to her, take the pills out, set them on a tissue, put them back in one by one and give her drops of water. She swallowed, everytime, tears in her eyes, holding my arm. \r\n\r\nI'd always kiss her forehead before I left at night, just as I did my mother. She looked so peaceful and happy. It makes me feel sick the way the elderly are neglected. \r\n\r\nTaking care of Mum and Dad has made me see people in a different way. I just feel I have to be where I'm needed. I just hope people see when I need them.\r\n\r\nDenise, it does help to right. I hardly have time for my friends and rest of the family. I keep everyone updated on Facebook. I like to write... Just that sometimes I don't have time. On Facebook my friends get back to me almost immediately. That's good!\r\n\r\nThank you so much! Sometimes I really feel the need not to be judged. People - friends and family - keep telling me I should put my Parents in a nursing home. Well, \"homes\" are a means to an end in Portugal, for those who don't have time for their elderlies, or for those who want to earn \"easy\" money. To be sure my parents would be well treated, I'd need to be with them, at the home, most of the day. So I prefer to take care of them at home. At least I can trust myself...\r\n\r\nThere are some really good nursing homes in Portugal... but those are for the very rich!\r\n\r\nLove\r\n\r\nAna Lamas

Ana, I am glad you took the time to write your feelings. Your life does sound overwhelming and I can't imagine what it's like in Portugal! I hope you will seriously find the time for yourself, your health and for some girl time with someone special away from home! I am hoping you'll be able to join a chat or two if the time ever works out! You sound like an excellent nurse, juggling everyone's issues!

Oh, my, Ana, you are carrying elephants. \r\n\r\nI hope somehow you will be able to take care of your health. I understand how difficult it is to do--and yet it's critical. You are such a kind person--we need you in our world. :)\r\n\r\nI'm so glad you could stop by. Did it feel better to write it all out?