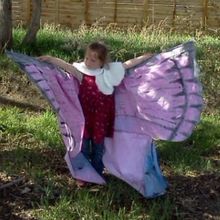 It started in January when our son announced he had accepted a teaching job in Maine. MAINE? Maine. Freeport, to be exact. We knew they've wanted to move back east to be near his wife's family, but it's always been a someday thing. Suddenly it was real and they were packing and looking at houses for sale. Chris and I looked at each other and pondered life without our three grandchildren just 14 blocks away. We helped out with the grandkids a lot as they packed up, cleaned up, found new homes for their flock of chickens and three goats. We helped take old things to recycling.

The kids are ages 5, almost 7, and 8 1/2. They pull weeds in the garden. They help clean out our chicken house. They keep us endlessly entertained.

They took off last Tuesday in a small moving truck and a minivan with 3 kids, 2 dogs, and a cat. We get updates from them every evening. Tonight they are in New Hampshire. Tomorrow, they will go on to stay with my son's father-in-law in Berlin, NH, until they find their own place. They will be over 2000 miles away. I won't be wearing my grandma hat nearly as often. We've had them with us at least one day each week. It's time to figure out who we are... again.

On the other hand, as our grandparent duties are on cruise control, daughter duties are revving up. It's the time of year to make the rounds of all their doctors and find out my parents are going to live for another 45 years and I'll be a caregiver at 105. The biggest news is that the assisted living facility is going to be remodeled. In fact, they're planning on tearing down the building that Mom and Dad are currently living in and building new apartments. They also plan to build a new memory care unit. This is when it became a little humorous.

Mom: I don't know why they have to put a new memory class here. They could have it anywhere.

Me:  It's not a memory class, they want to build a Memory Care Unit, a place where people with Alzheimer's can live. (I figured this was the best way for her to understand)

Mom: They already have a memory class and boy, do they need it. Don't you remember? You visited it before we moved here.

Me: That wasn't a memory class, that was the day program. You went to it for awhile.

Mom:  NO I DIDN'T! I never went there because I don't have any problems with my memory!

And it went on from there. She was convinced they'd be sent to another facility across town. She's also convinced they're going to have a bigger apartment and she can finally get someone with a truck to come over to my house and get all the rest of her stuff. I don't want to spoil her glee, so I didn't say anything more. I especially didn't say they will be housed on the same campus, in apartments which are not being used currently. No upgrades, especially not for Medicaid residents. In their building, Medicaid residents are in what is tactfully called the Garden Level apartments. They're in the basement. With three floors worth of residents to move out of this building, the self pay folks will undoubtedly get the better apartments. That's how it works. How long will it take to do all this new building and remodeling? Their temporary move may well end up being permanent, as least for my dad.

I miss my grandkids already. I know. My caregiving duties will be less if I'm not caring for the kids every week, but they add such spice to our lives. Like butterflies, they have shed one way of life and are headed to new beautiful possibilities. I wouldn't want to do or say anything to hold them back. We'll survive my parents' move to whichever room they move to and try to be entertained by the mishmash of facts + gossip + various combinations of residents cognitive challenges.