Charlie Brown Goes to the Opera

Charlie Brown Goes to the Opera

Ain’t life grand? With just a few button pushes, we can listen to music, read the headlines, or communicate across the world, but in spite of these modern miracles, technology still struggles to express the very nuances that make us human.

Very recently, I posted on Facebook that I purchased tickets to a Broadway show coming to town, and that now I was searching high and low for the perfect “date” to accompany me. My good friends who know me well played along.

There were nuances all over the conversation. First, Fresno is not the epicenter of American culture in spite of what you may have read (that’s a funny line to us locals, otherwise known as nuance). In truth, Fresno is not the epicenter of anything except growing raisins, cattle, and excellent air pollution. The running jokes around here are that the orchestra will look resplendent in their plaid tuxedos (nuance), and the big fashion dilemma for those attending will be how many gallons of cowboy hat is appropriate for the theater (nuance). While in other places on planet earth a theater event would be the cause of a long line of limousines, here in Fresno it would be a long line of Ford F-150s, but they’d all be clean (nuance). I’m here all week folks, tip your waitress.

But the big punch line here is me. Two of my female friends were “fighting” over who got the extra ticket, while a buddy of mine suggested a girl for each arm. That’s comedy gold right there.

The truth is I identify more with Charlie Brown than George Clooney, and I have come to embrace my long history of having the football pulled away at the last second. 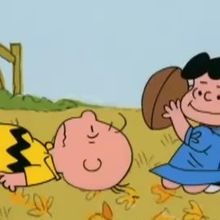 And that is precisely what happened.


A well-intentioned in-law of mine took umbrage to the topic and tone of the fun we were having. I was duly informed that the whole thread was upsetting to the family (which resides some three thousand miles way), was considered by them to be offensive to my wife, and she wanted it stopped now.

If asked, perhaps in a private message, an email, or even a phone call (and don’t even mention Skype or the finer points of using the webcam that resides on modern phones and tablets), I would have said it is rare a favorite show of mine comes to town. I would of gladly informed the masses about the discussion my wife and I had about this, and that I honestly welcomed a night off from caregiving; that the tickets were a splurge, but I consider them an early birthday gift from my wife; that my “date” was a good friend we have both known for almost a decade, and most especially that going to the theater alone is just fucking depressing.

I never got the opportunity to express any of that. I was surprised in a public ambush instead. I was also surprised at how much the lack of respect and trust on the part of my in-laws burned. I know them as good people. This was unexpected.

Nevertheless, after clearing my head, I knew what I had to do, and I did it.

No FB, email, phone calls, or smoke signals. I will be the good caregiver and inform them of any substantial changes in my wife’s condition, but otherwise it is radio silence from here on.

Did I fire the innocent with the guilty? Certainly, the collateral damage is regrettable, but I do not have the energy to play favorites, and it is not as if anyone was filling my inbox asking how I was doing.

This caregiving road is brutal. It is relentless. It grinds people to dust, out of existence. These last four years have been the most profoundly painful and uncertain that two human beings can endure. I just cannot accurately describe how merciless these years have been to both of us, mostly because I have to block it out so I can keep going.

The only thing I am certain of in caregiving is to simplify. Anything that distracts my attention away from caring for my wife or robs me of energy I need to care for my wife earns a place on the side of the road. Please notice I did not say thrown down or kicked to the curb. It is gently placed by the roadside without anger or malice, and accompanied by a prayer – “May the Lord Bless You and Keep You, But If the Lord Loves Me, He’ll Keep You Right There.”

I have done this before, specifically to two people who were highly critical of how I cared for my wife. Eventually, their criticism became interference, and they found their place by the roadside.

I write this not out of apology, but out of explanation. I feel my friends and acquaintances on FB deserve at least that for having to witness a family tearing at itself.

I also hope that some good can come from this post, that other caregivers will not feel so alone when they are accused of being a traitor or they themselves are betrayed. We are the first and last line of defense for our loved one. We must survive by any means necessary if we are to provide a completely unselfish love to someone who desperately relies on it.

And so after I post this, it is finished. No more anger, hurt, or wasted energy. You see, it is 6:20 on Saturday morning and I have to prepare my wife’s breakfast, make sure she takes her meds, and other assorted things caregivers do down the long road we walk. 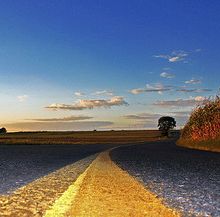 Reposted from my blog BesidesTheCancer.org