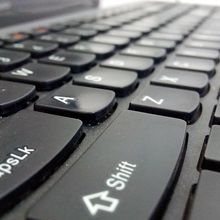 This morning I woke up to a brand new scenario. Mom had had diarrhea in the night and soiled the bed. She didn't even wake up until she needed to empty her bladder. She did her best to clean herself up and change clothes. Then she put a towel on the bed and just lay back down. When she told me what happened, I took all the laundry upstairs to wash and then changed the sheets. It broke my heart for her that it happened and she had to deal with it herself in the middle of the night. I was also grateful that I wasn't in charge of managing that situation in the middle of the night and just had to deal with it in the morning. I gave her Immodium and the BRAT diet for breakfast and lunch. By lunch she felt like the diarrhea was finished, and it hasn't returned. Fingers crossed it will never happen again. But I suppose it will. I'm grateful that she already had a protective mattress cover. If she someday has diarrhea while sitting in her recliner, how on earth will I clean it? And what causes this sudden onset diarrhea that only lasts 12 hours or less?

I ran into an old friend the other day who has done extension caring for his parents and mother-in-law. I talked about the driving question and the pressure I've felt to "pull the keys." He said that he managed his father the same way I'm managing her - just offering to drive so much that he got out of the habit and eventually forgot about it. That was encouraging.

I'm glad you checked-in as wondered how you were doing. I too understand the need to take breaks from here. Hope you are writing, singing and playing when you can or whatever else gives you peace and pleasure.

Hi LM--It's good to hear from you! I totally understand the need for a break. When you think about it all the night, it is just too much.\r\n\r\nYou can purchase protectors for the furniture. If your mom sits in a favorite chair, you can purchase a decorative pad that's actually a protector in case of incontinence. You can search on google for a list of companies that sell these. \r\n\r\nAlways so nice to hear validation from a friend that you are managing a situation the best way possible. We do our best, then the doubts set in and it's so nice when a friend can brush the doubts away.\r\n\r\nHoping your mom is feeling better today.

Glad to hear from you again and get your updates. It sounds like you are meeting all these new challenges and changes with grace. I agree with your friend about the driving issue. You can make it seem like she's doing you a favor because you like to drive so much.